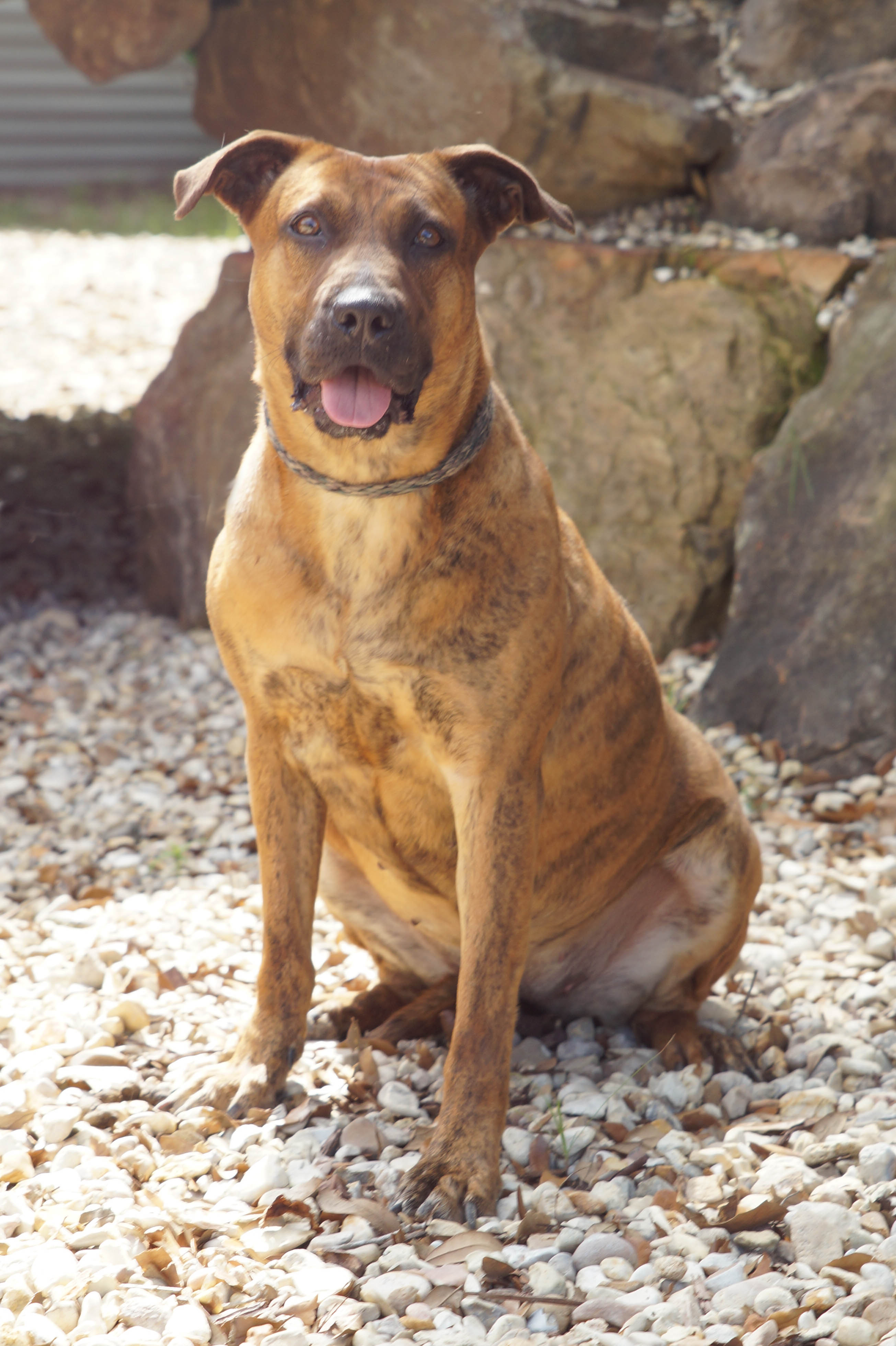 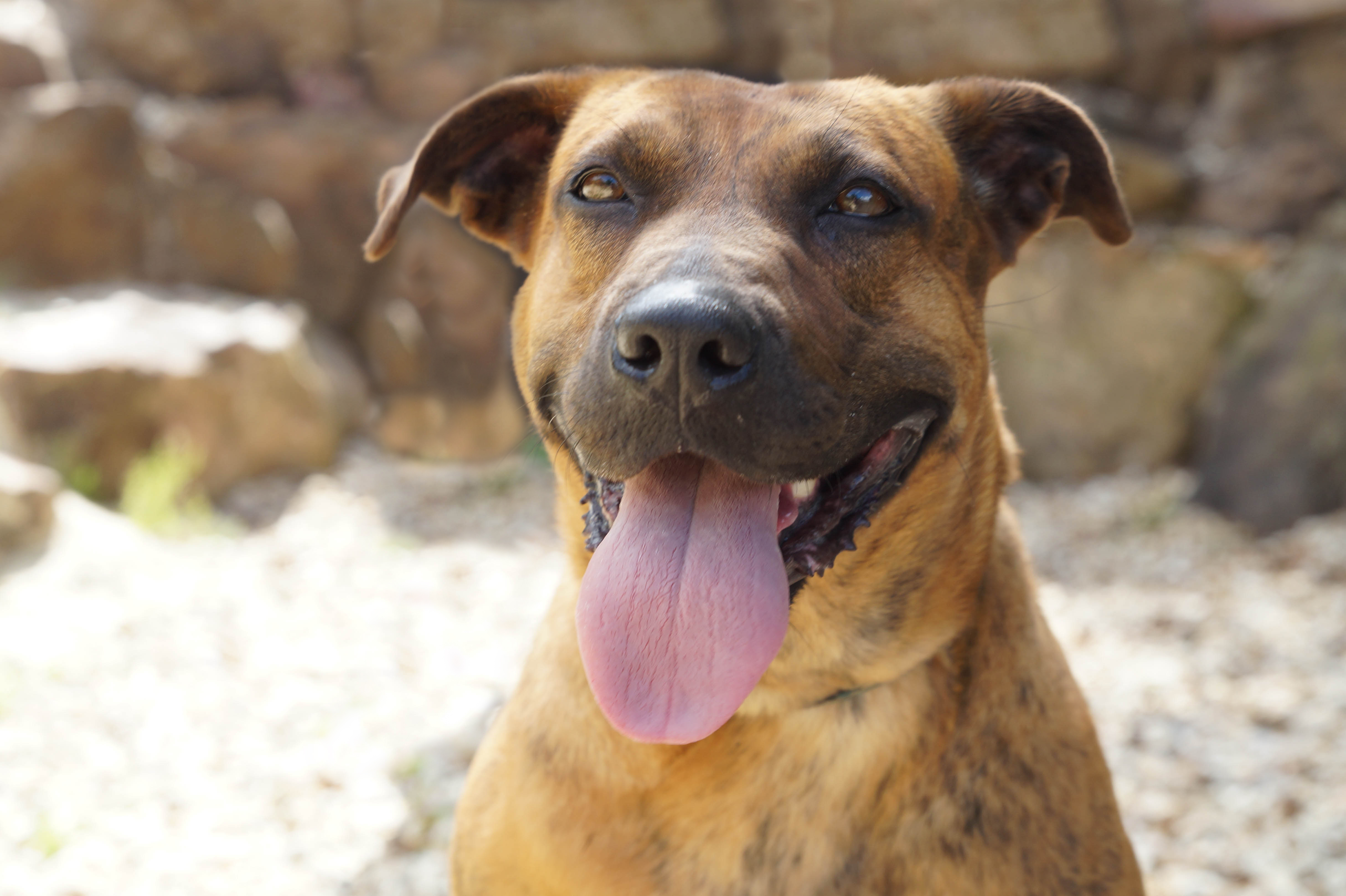 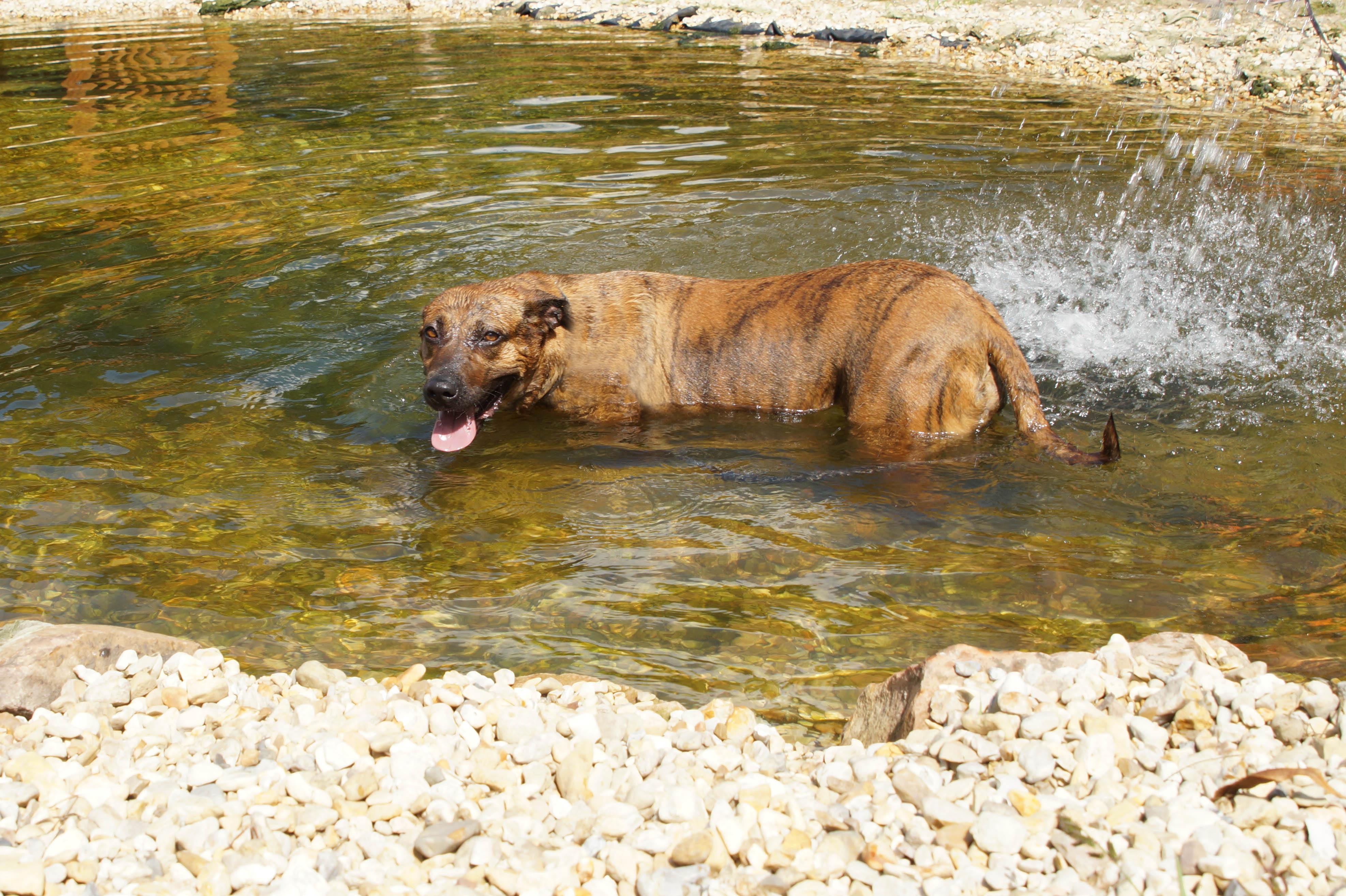 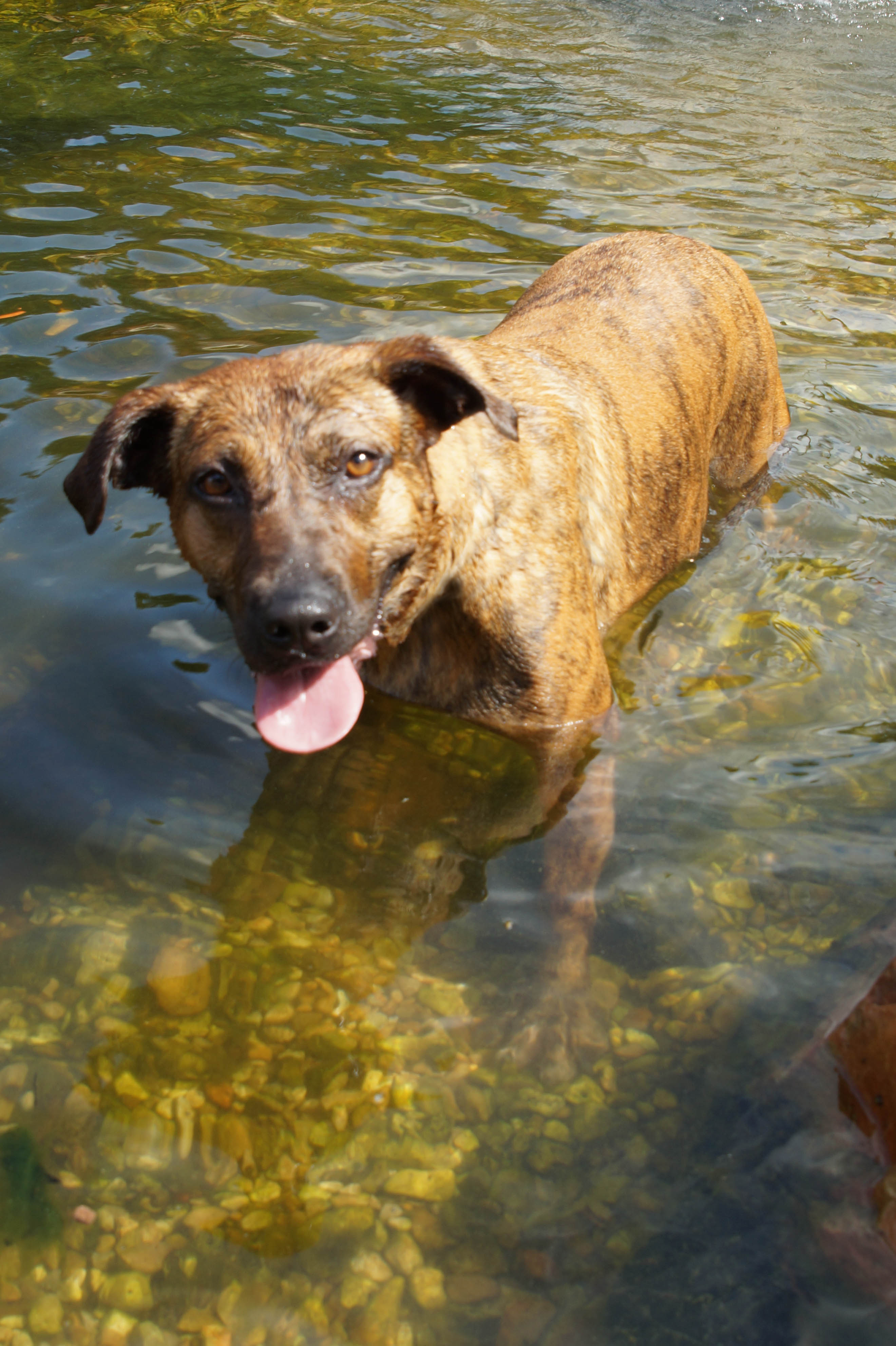 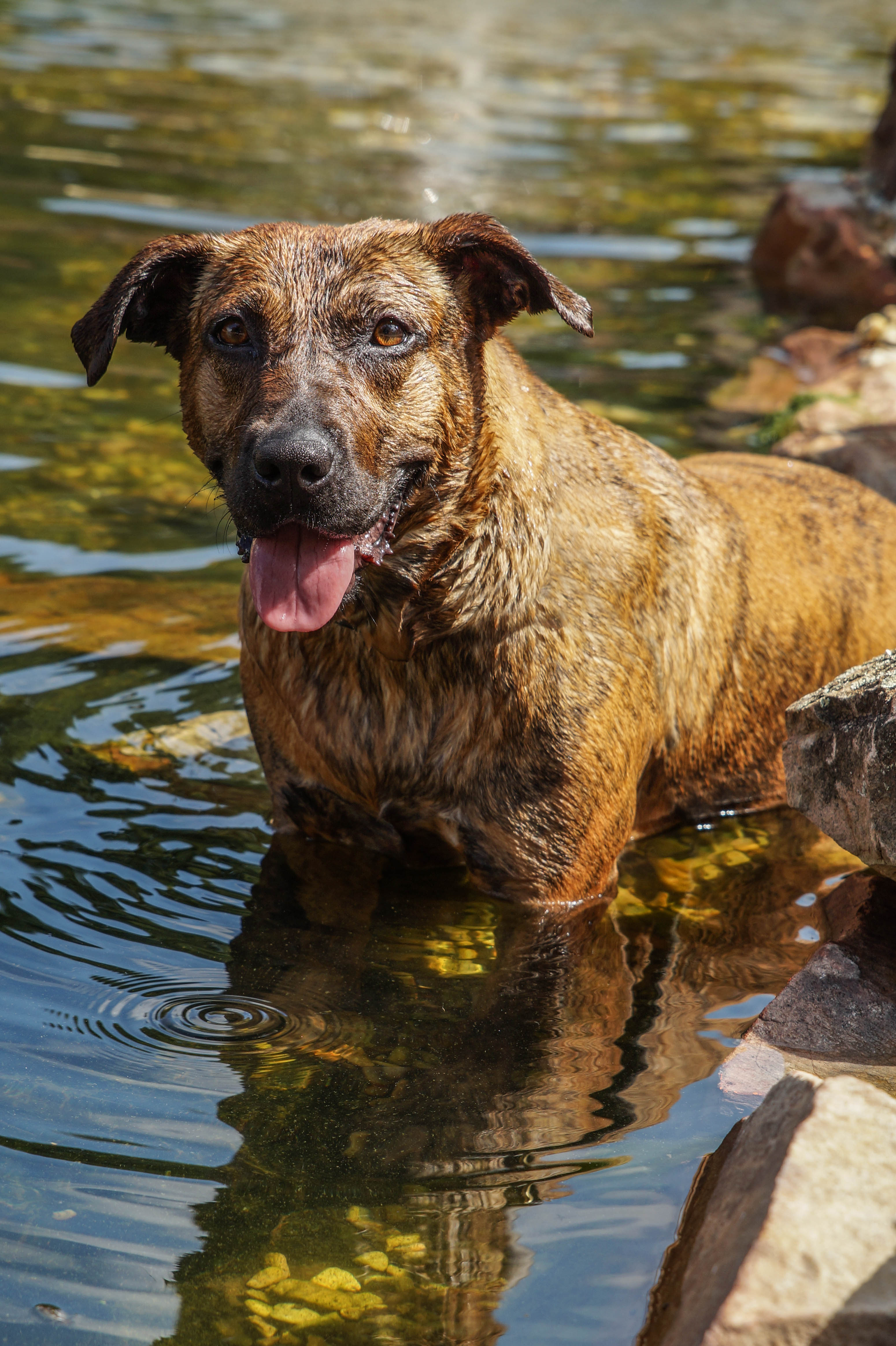 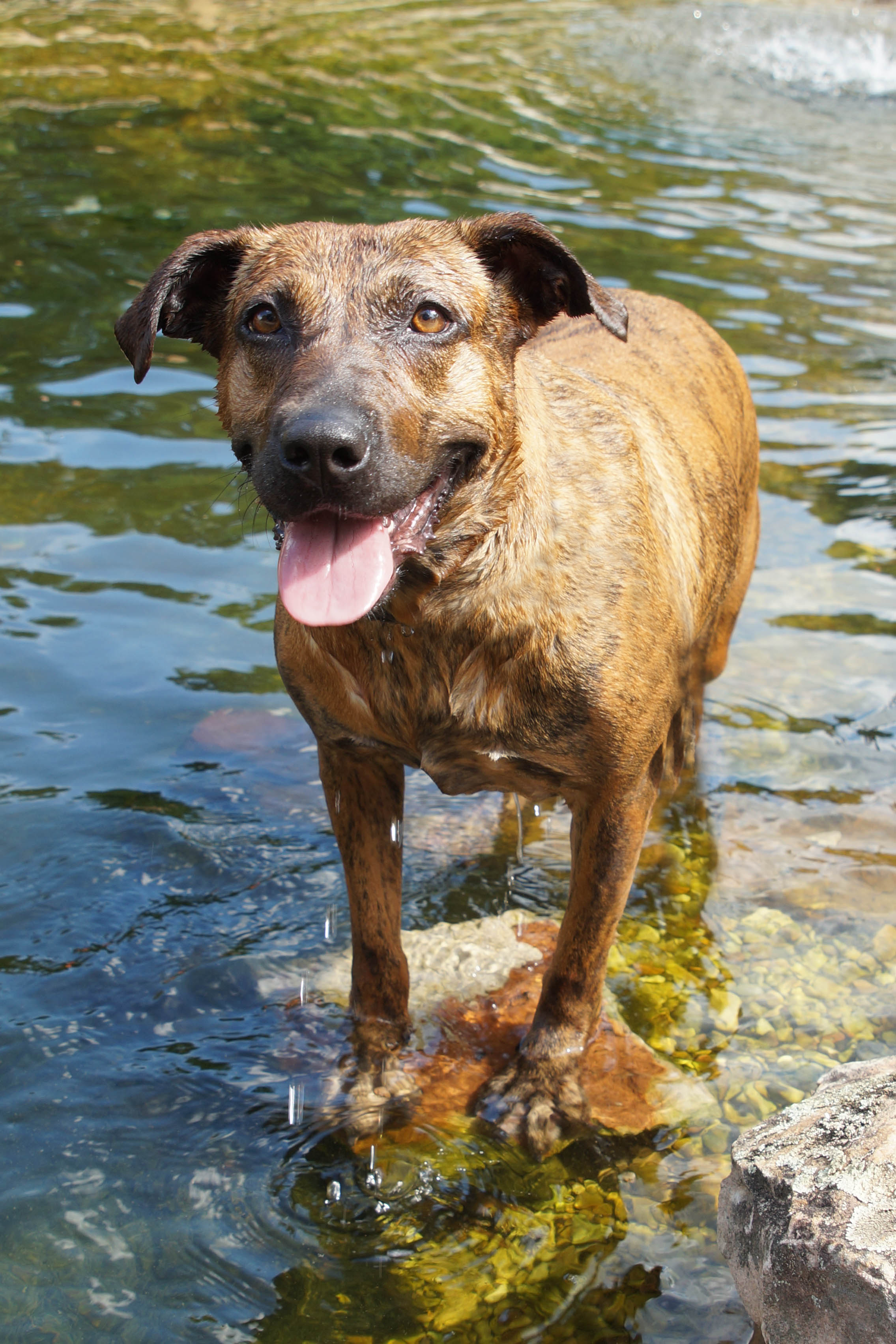 Hers is a story of inspiration.

There is an important message behind what I am about to write. As someone who has been in the dog rescue business for over 20 some years, I can say without hesitation that it is emotionally, physically and financially draining. Those of you who are reading this now and whether you work within the rescue community or at a public animal shelter, you feel it day after day, week after week, month after month and then year after year. You try not to become numb and look for any sliver of sunshine on any given day. And sometimes when you feel like the biggest failure on the Planet, it gets worse and you have a mini-meltdown and you simply sit down and bawl your eyes out. It’s Ground Hogs Day over and over and you wonder,…will today bring me some hope?

But then there are those bleak moments where you think you are doing the right thing by rescuing a dog and you find that you might’ve just become this dog’s worst enemy. Such was the case with the dog in this video posted here. We named her “Worm”.

Four years ago, we took her from the rural/country shelter of Assumption Parish. We hadn’t actually moved out to Assumption Parish as of yet and we were just getting our feet wet there. She was one of the first dogs we pulled from this location. She was a mess. Wouldn’t walk on a leash, not very social, laid right down in the water when we tried to hose out her cage and just refused to move period. This little brindle Pit mix had just given up on life.

So we brought her back to our main facility in New Orleans to “rescue” her. Unbeknownst to us, we made things worse. Our facility although clean, organized and very pro-active with the dogs, is a typical shelter/kennel environment. Rows of kennels (cages), barking dogs, etc. And yes, we do try our best to keep everything under control, play music for the dogs, take them out for walks, etc…..it was a completely different world for a country dog named Worm.

Her behavior became even more heartbreaking. The pacing in the kennel, weight loss, smearing her pee and poop all over the floor, refusing to walk on a leash and just plain giving up on life even more so now. What had we done? In trying to “save” this dog, had we actually done the opposite? She was now terrified of her surroundings and we felt like we had done this dog such an injustice. There was just no hope for her to even “prepare” for any type of home because there was nothing to “work with”. No treats, toys, coddling, etc would make Worm come out of her kennel.

So the years went on and we grew. More dogs came crashing down on us and the heartworm epidemic became our worst enemy. Dogs were literally being “warehoused” by us for up to 6 months as they went thru treatment before they could even be considered for adoption. And Worm just became one of many VRC dogs that got lost in our shuffle of un-wanteds.

We were finally able to acquire property in Assumption Parish thanks to an estate donation and we began to build. It’s a slow process but it felt like we were making some progress in creating a better environment for our dogs. This was our goal. This IS our dream. Then we remembered that little brindle dog. Yes, we have many that need to live outside a kennel environment but there was just something so unassuming about her and just a short time ago, we made the decision to “bring her home”.

Within a couple of days of living with me, a couple of “hidden talents” were discovered. And just like that, Worm’s new life had begun. Although we still have a lot to “un-do” and work on, now there is hope. Not only does this “plain brownish dog” have some extraordinary things to offer to a new adopter but she has done something even more spectacular to us. She has given us that “will” to go on and the determination to get out of the damn bed every morning (even though it’s exhausting having your dogs wake you up before 6am/7days a week) and keep moving forward with every shuffle of your pink country camo slippers can give you.

So we will start her process over again and now that she is “HOME AGAIN”, where she feels most comfortable, we will take the time to get to know the real Worm.  As she heals and becomes the confident dog, I know she can, please continue to follow her journey.  Without people like you, we would not be able to continue helping dogs like The Worm.

But thanks to this “country mutt”, I can sit here and say “Never Lose Hope” – watch her video and you will see why:   Worm finds herself.