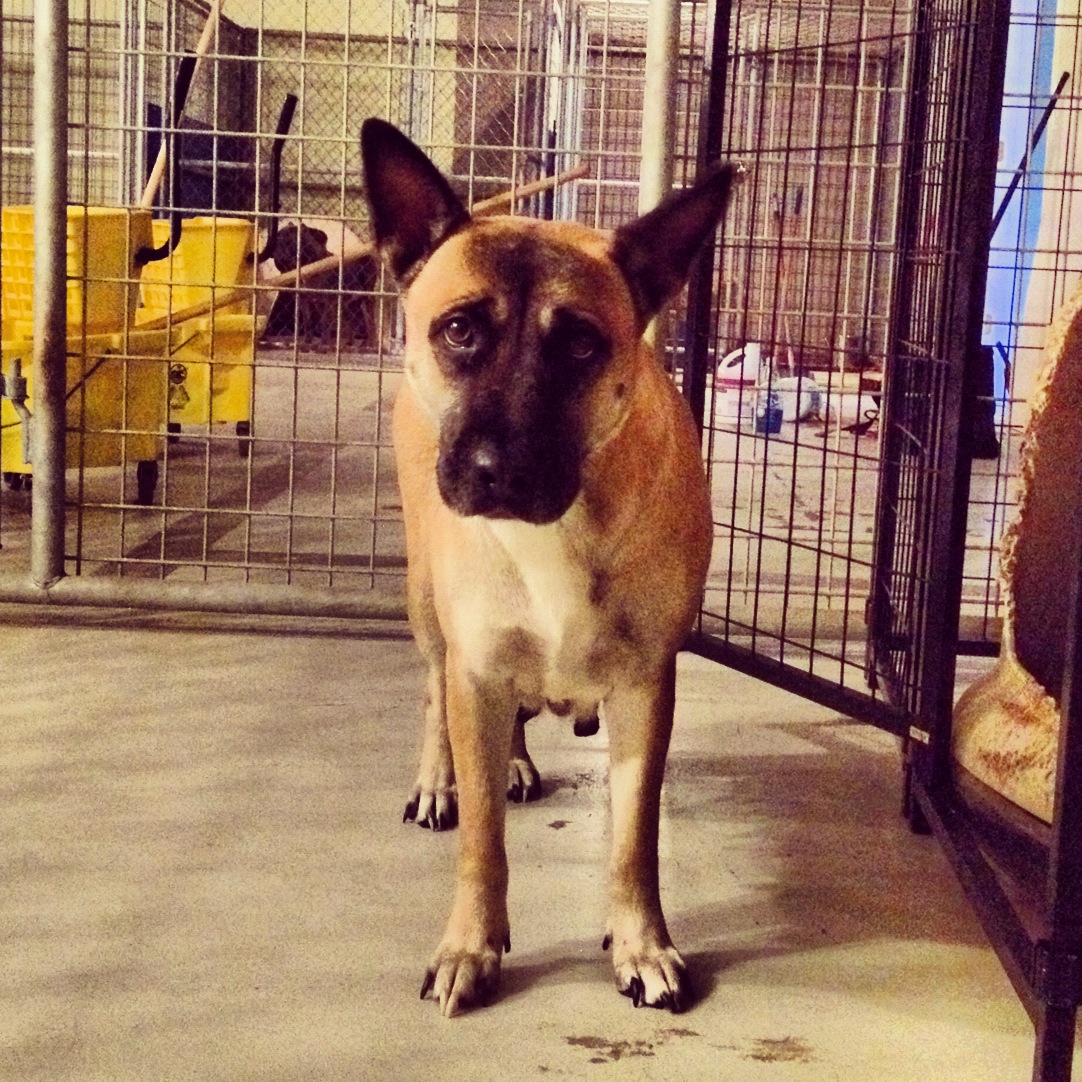 The matriarch figure of the “The Ghost Dogs of St. Roch”, she managed to survive through Hurricane Katrina and live on the streets of New Orleans for the past 7 years.  Having litter after litter, she did her best to keep her families safe by living under an abandoned house across from the St. Roch cemetery. Sadly with each year, she watched her puppies get killed by speeding cars, stolen by   street thugs and die from disease. The locals in the area admired her courage and her strength yet were intrigued by how she was able to elude from being captured by rescuers after so many years.  And many were also mystified by the fact that of all the houses to live under, was the one across from this particular cemetery named after a Saint who was known from traveling with his constant canine companion while he helped people in need.  Some wondered if it was St. Roch himself that kept “Mama Ghost Dog” alive all these years.  Or maybe it was just plain survival instinct.  Whatever the case may be, she is one of the most magnificent dogs we have ever encountered.  Just being in her presence, you feel something magical, spiritual surround you. Although she will never be able to be adopted due to her “feral” behavior, this is a dog that has proven that with determination, tenacity and for the love of her family, you can make it.  She is truly a blessed animal.