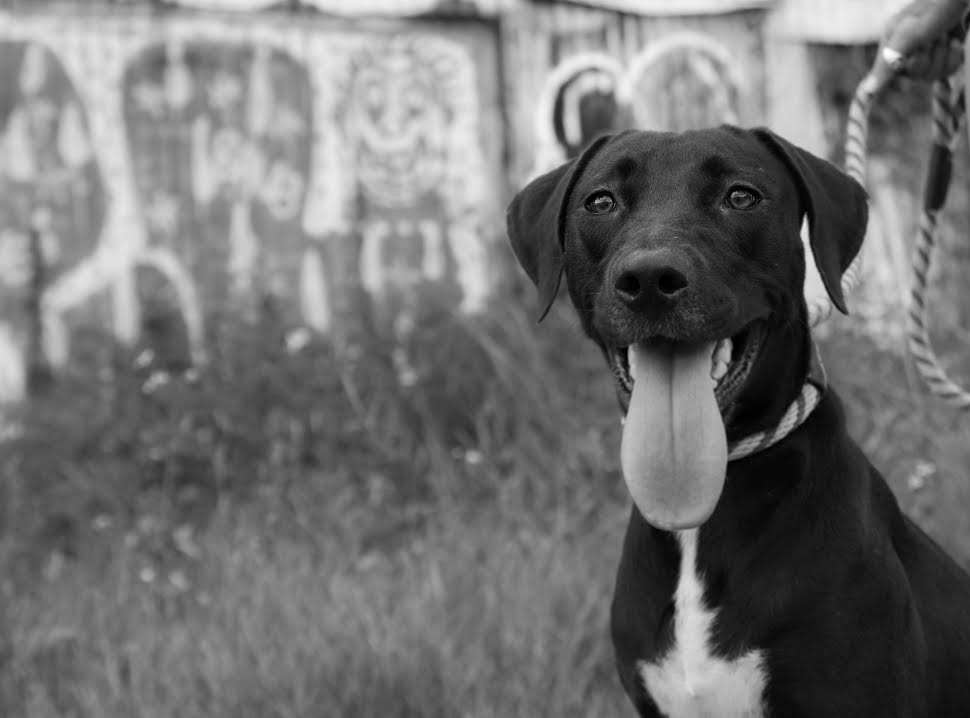 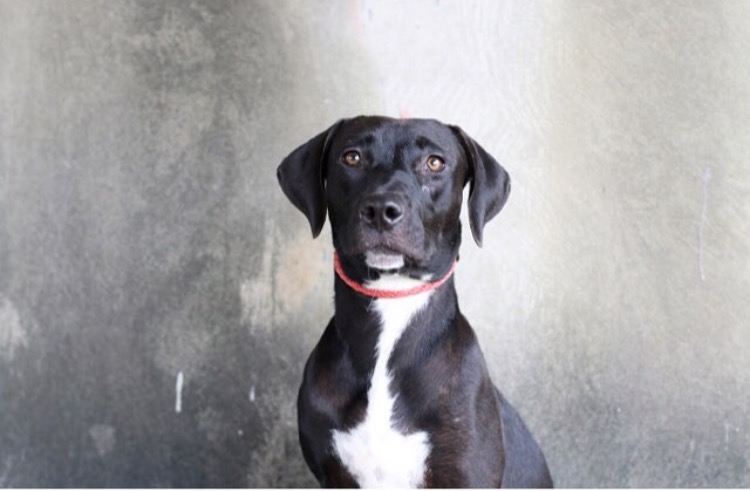 Being a stray in a busy urban area is dangerous enough for a dog.  Then put that dog in New Orleans, busy busy busy, cars, buses and people everywhere.  You’ve just doubled the threat.  Now put this same dog down in the rough part of the Lower 9th Ward and it’s pretty much a death sentence.  This is where Natasha was found as a puppy.

We had a good Samaritan come to our main facility after she spotted two pups roaming outside a liquor store in the “not so good” part of the area.  She asked if we would go “over the bridge” to try and save them from the “not so nice” guys hanging around outside.  By the time our workers got there the men hanging around had managed to run off with one of the pups but couldn’t catch the other one…..as we managed to scoop her up with no problem.

The sweet Pit/Lab mix was so forgiving and has been a dreamboat from the beginning.  She loves everyone she meets and is good with dogs too.  What is truly sad about her is that she doesn’t “stand out in a crowd”.  She’s just a plain ole’ black Pit mix and they are a dime a dozen.  But her loving and charming personality, makes her one in a million.