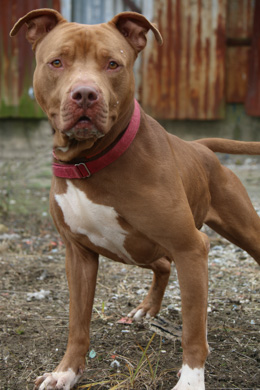 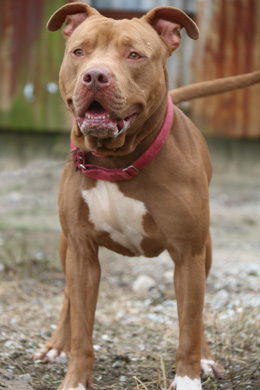 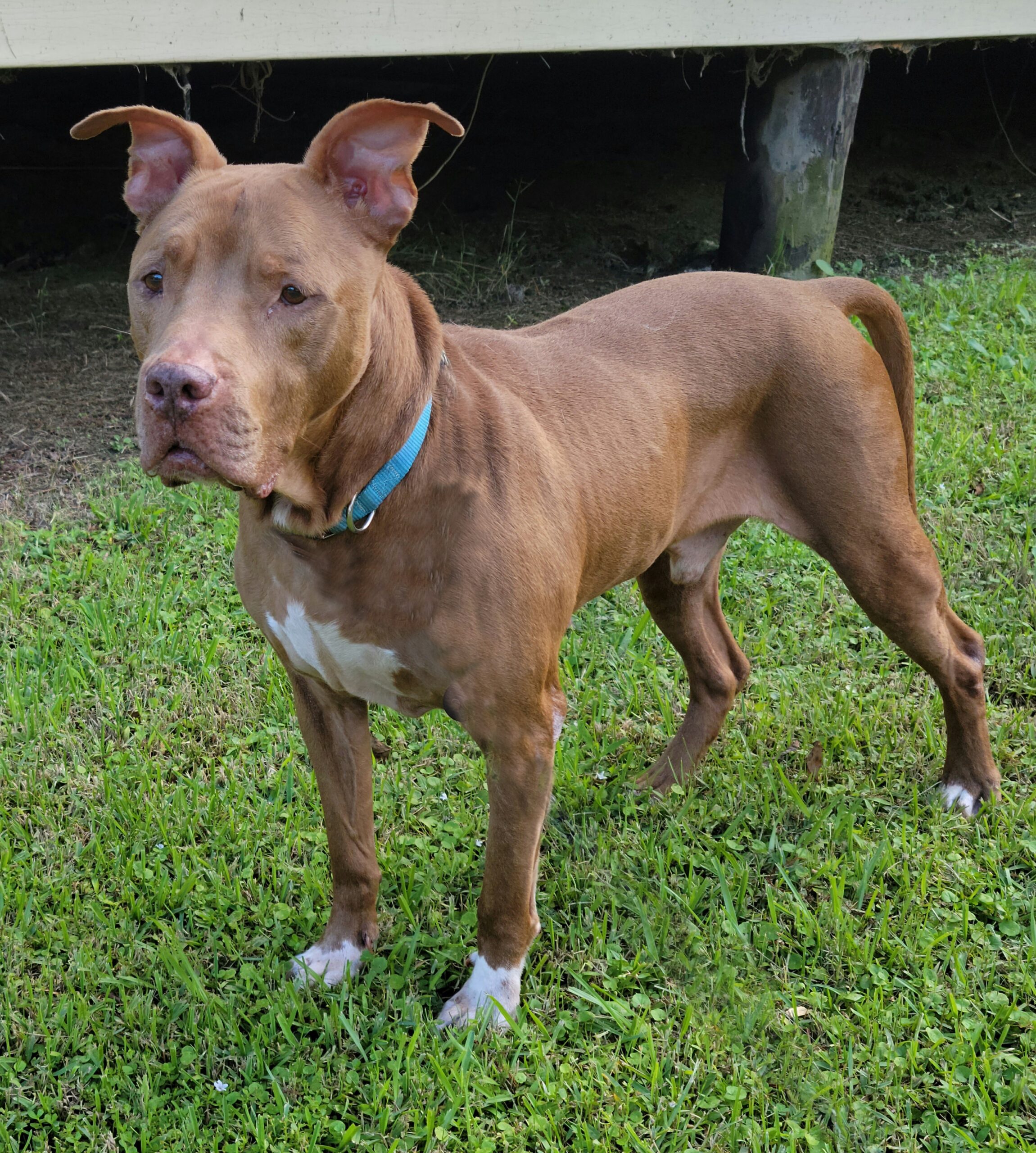 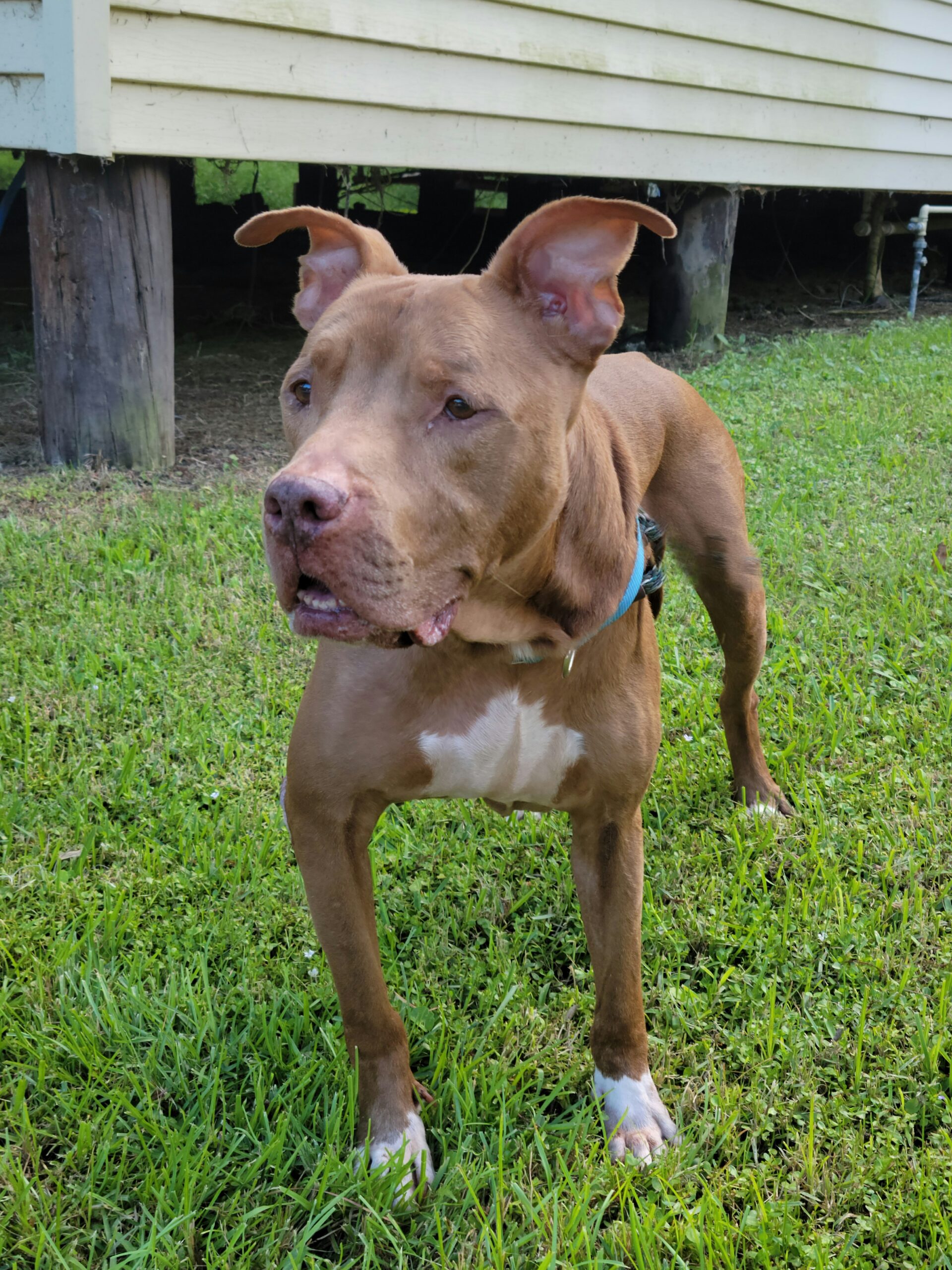 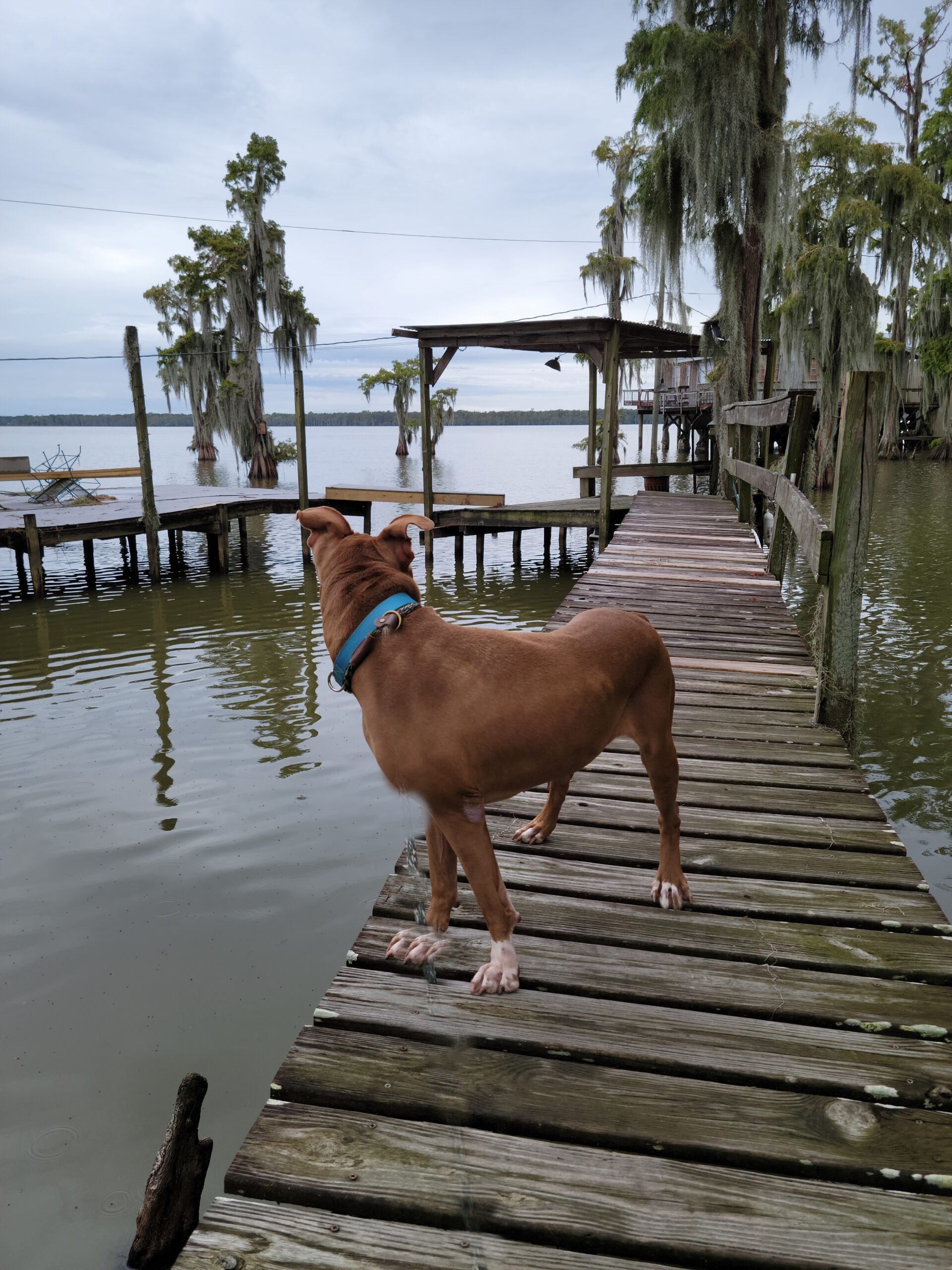 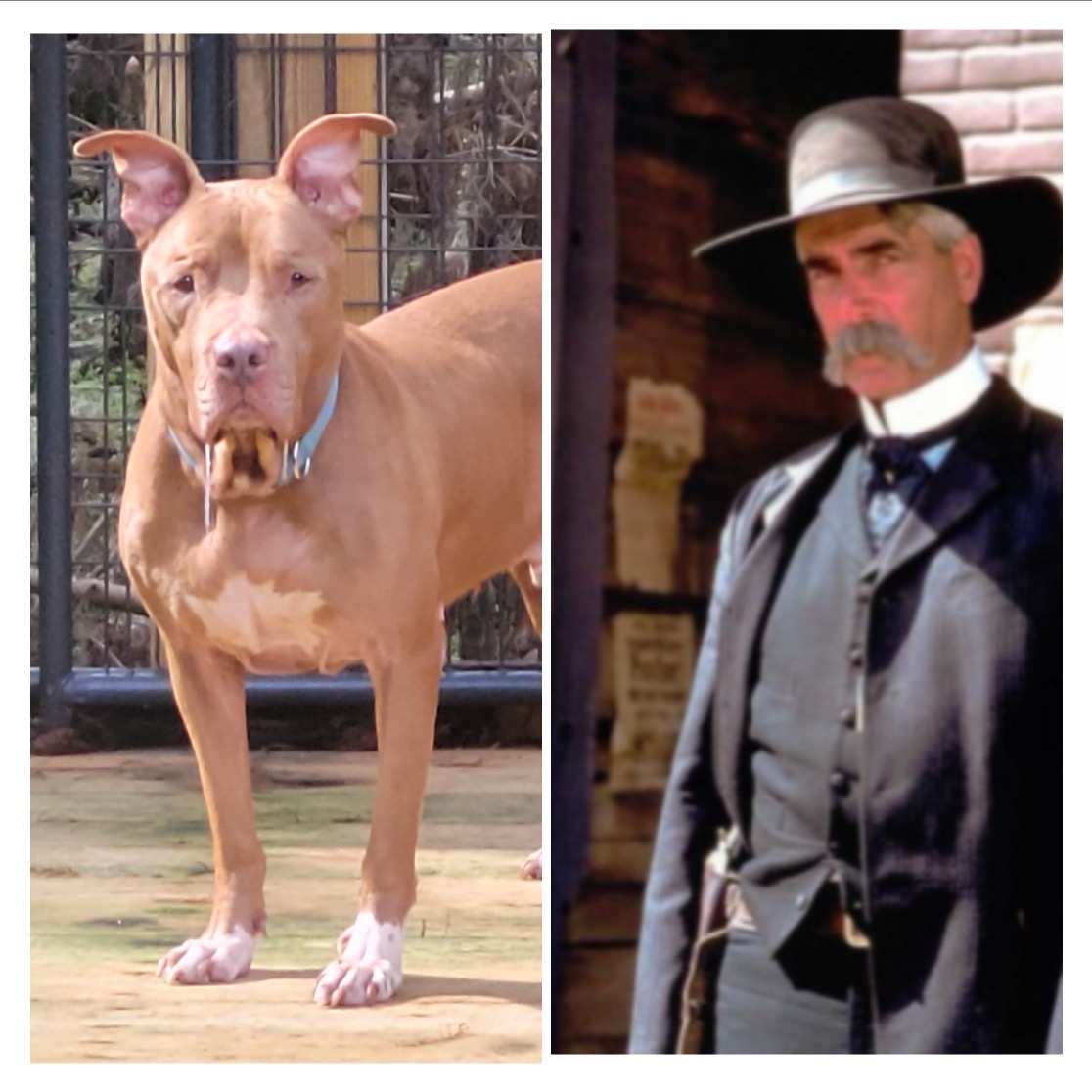 His story began with us in the Upper 9th Ward of New Orleans.  We got a call saying that a “scary Pit Bull was terrorizing the neighborhood.”  Thankfully the location was literally around the corner from our facility and we were able to arrive quickly.

What we quickly observed was a terrified dog that was so scared, he was trying to run and hide under any car, into any yard he could find.  We followed him for a few blocks and were finally able to catch him hiding in a pile of junk where his rescue was captured on an episode of “Pit Bulls & Parolees.”

We named him “Marcello” after the former New Orleans mob boss and unlike his namesake, he was anything but a “boss.”  He remained shy and insecure with us which made adoption near impossible.

Fast forward to August 2021 and Hurricane Ida hit the city at a high end Category 4 hurricane.  Although our dogs remained safe and secure, Marcello was emotionally affected.  The wind and the rain hitting the side of the building all night scared him so badly that he began to rip his kennel to pieces and and shook uncontrollably.  After the storm cleared, employees asked me (Tia) if I could bring him to my house to give him a more peaceful environment. And that’s when the magic of the swamp took hold.

Marcello has done a complete turn-around.  He is happy go lucky and so relaxed and the perfect gentleman.  He is perfect in the house, sleeps in his crate like he’s got not a care or worry in the world.  He lays next to my desk while I work and listens to True Crime all day long on the TV.

He shows no aggression towards my other dogs but he also does not show any interest in them.  I would rather him go as an only dog so that all of the attention can be given to him.  He LOVES strolling down the bayou and exploring his new surroundings.  He is calm yet still wants to get out into the world and see what it has to offer.

Marcello is such an easy dog and he just wants his own human.  Someone to go out for Sunday afternoon drives, a stroll through the woods (or wherever), or simply hanging out at home.  He is a simple dog that doesn’t want for much…..except maybe you.

(Pics of him in the red collar are from when we first got him years ago.  Pics in blue collar are recent ones with me.)