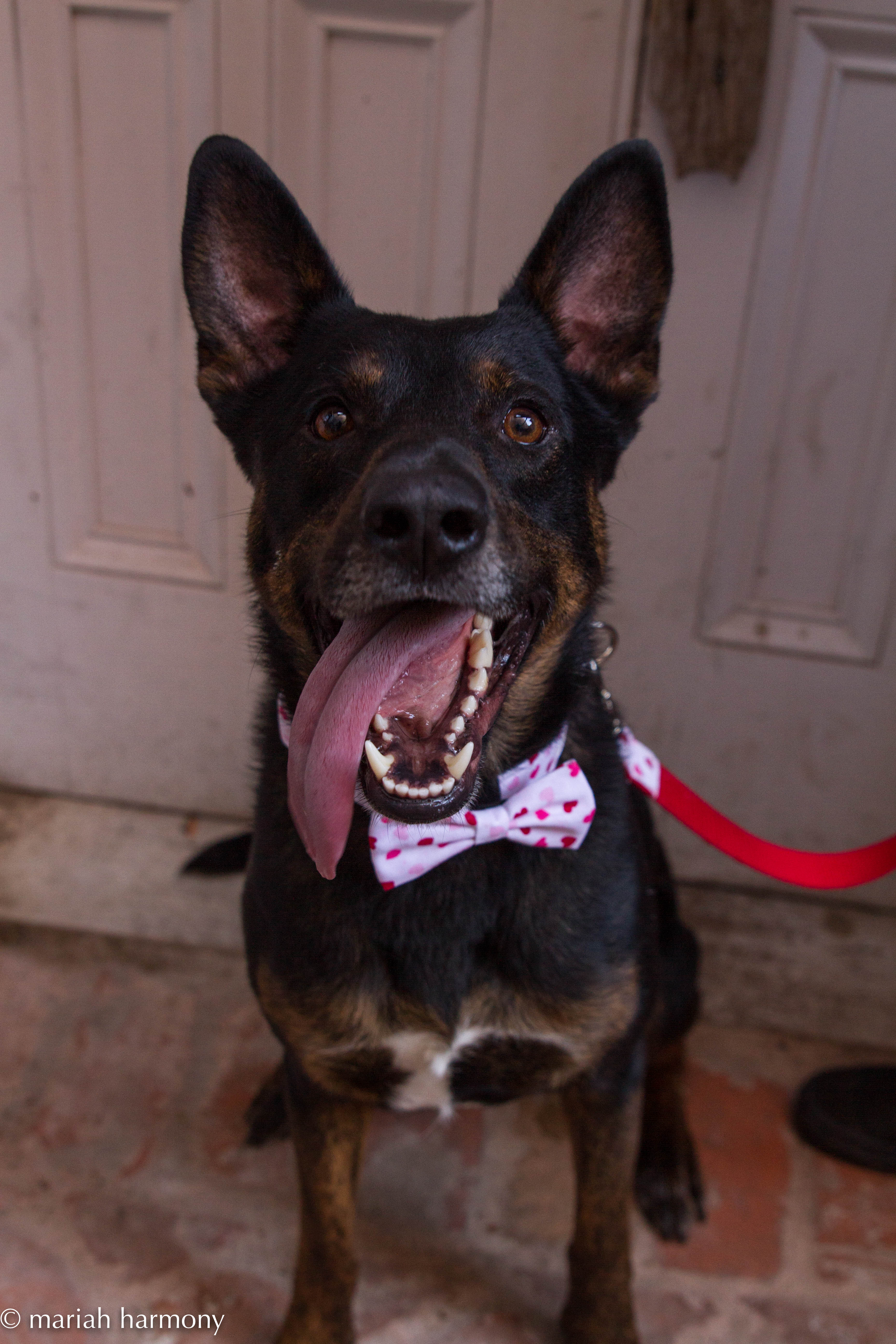 This handsome lad was living under an abandoned house a few doors down from me (Mariah) completely emaciated.  The streets of New Orleans are a dangerous place for a dog to be wandering, especially with a dog that was as scared as he was.

It took two weeks of me feeding him to finally catch him. That was about 3 years ago. He is SUPER people friendly and loves playing with toys and going for walks. We are still working with him with dogs. He is so scared of other dogs he barks on a leash and tries to get away.  But we have been working on this issue using some of our calmer and smaller dogs.  Poor guy.  Must have been terrorized on the streets for a long time.

Litha (the Pagan summer solstice) is the longest day of the year when life and light are abundant.  This is symbolic of this beautiful boy; so grateful to be saved and has so much “light and life” to give someone.  But he will require a patient person who will be understanding until he can adjust.  He is the PERFECT house dog and just wants to lay on the couch all day.