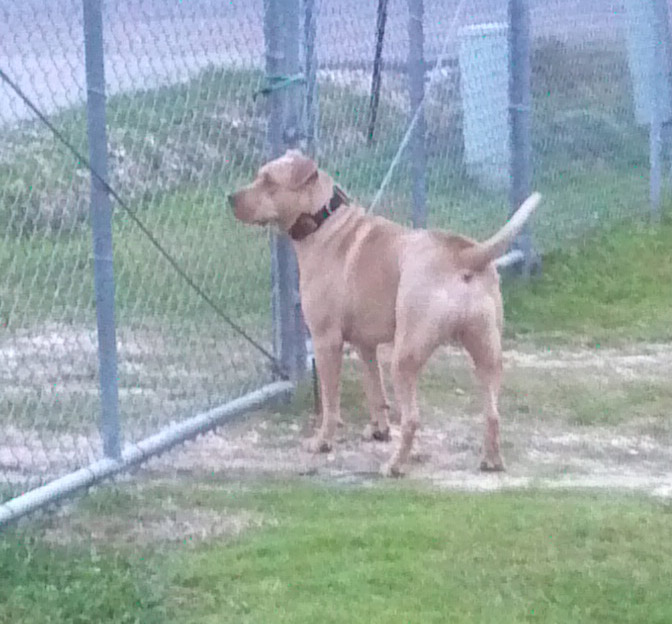 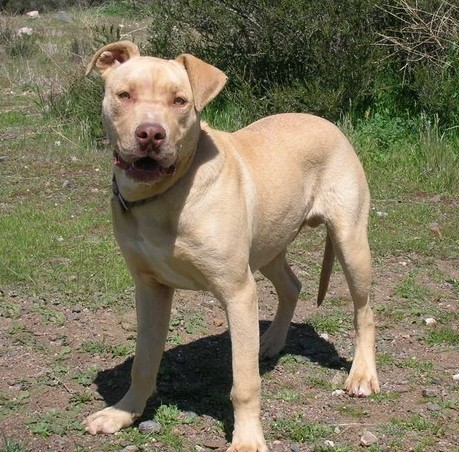 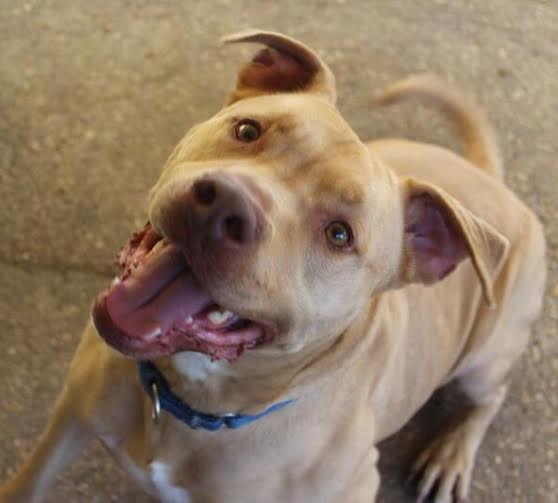 This cutie pie is a Pit Bull/Lab mix or what we call a “Plab”. And he totally acts like a goofy Lab. This little guy gave me quite the adventure when I first met him.  I got a distress call from an entire neighborhood that a stray Pit Bull had somehow gotten into someone’s backyard and was acting aggressive and no one could get near it. Animal Control had been called and they didn’t have the time to get out there. So I went to the house and there was who I now call “Baby Leroy”. Growling and shaking, it took me about an hour of wrestling with him in the bushes, under the house, you name it, but I finally convinced him I was his friend. The second I put a leash on him, he completely remembered he was a dog and became the sweetest pooch ever. Baby Leroy is a handful but silly at the same time.  He can be a little insecure and loves his crate (its his security blanket) Unfortunately as time went on, his securities grew even stronger and to the point where he is unadoptable.