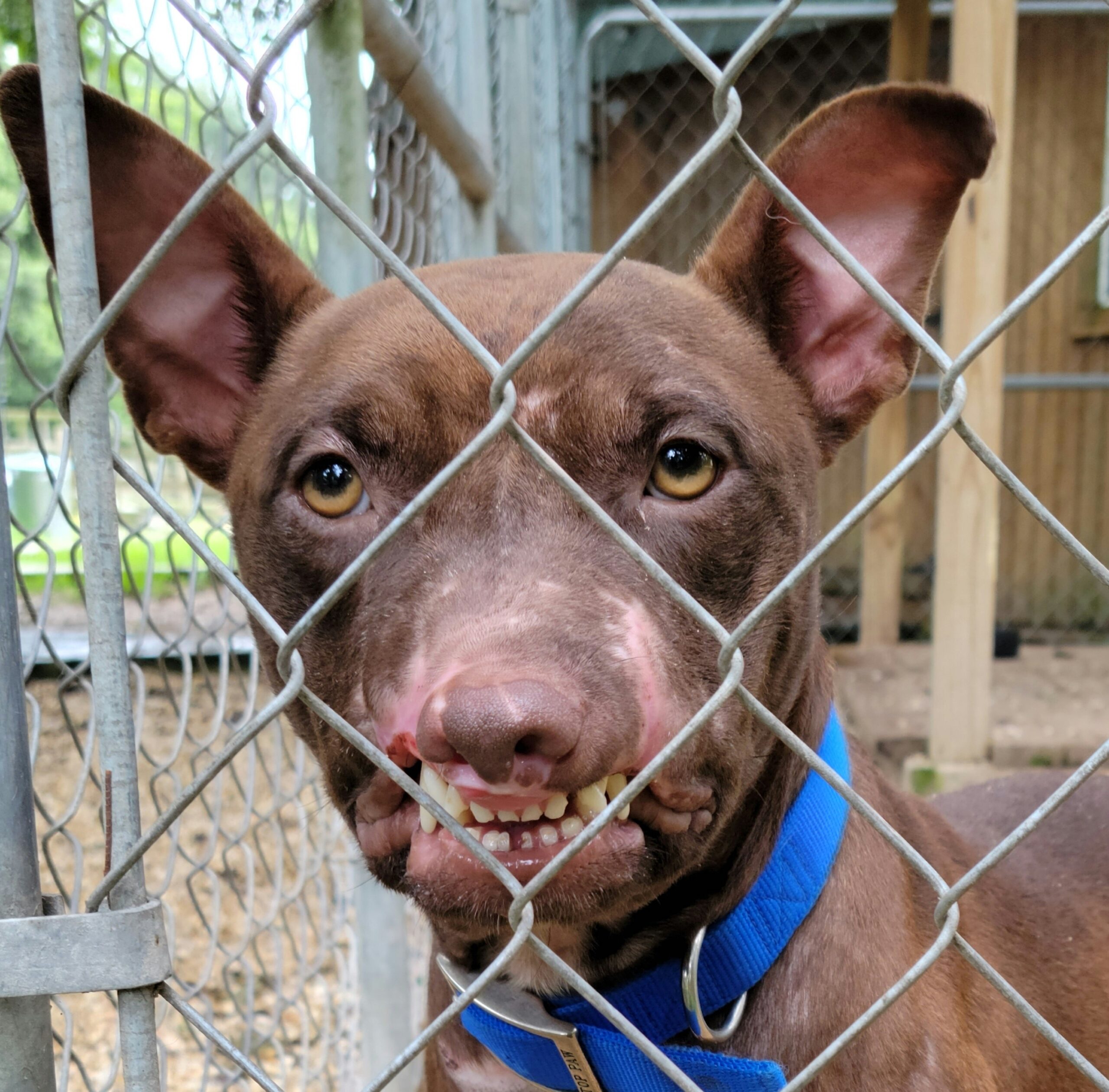 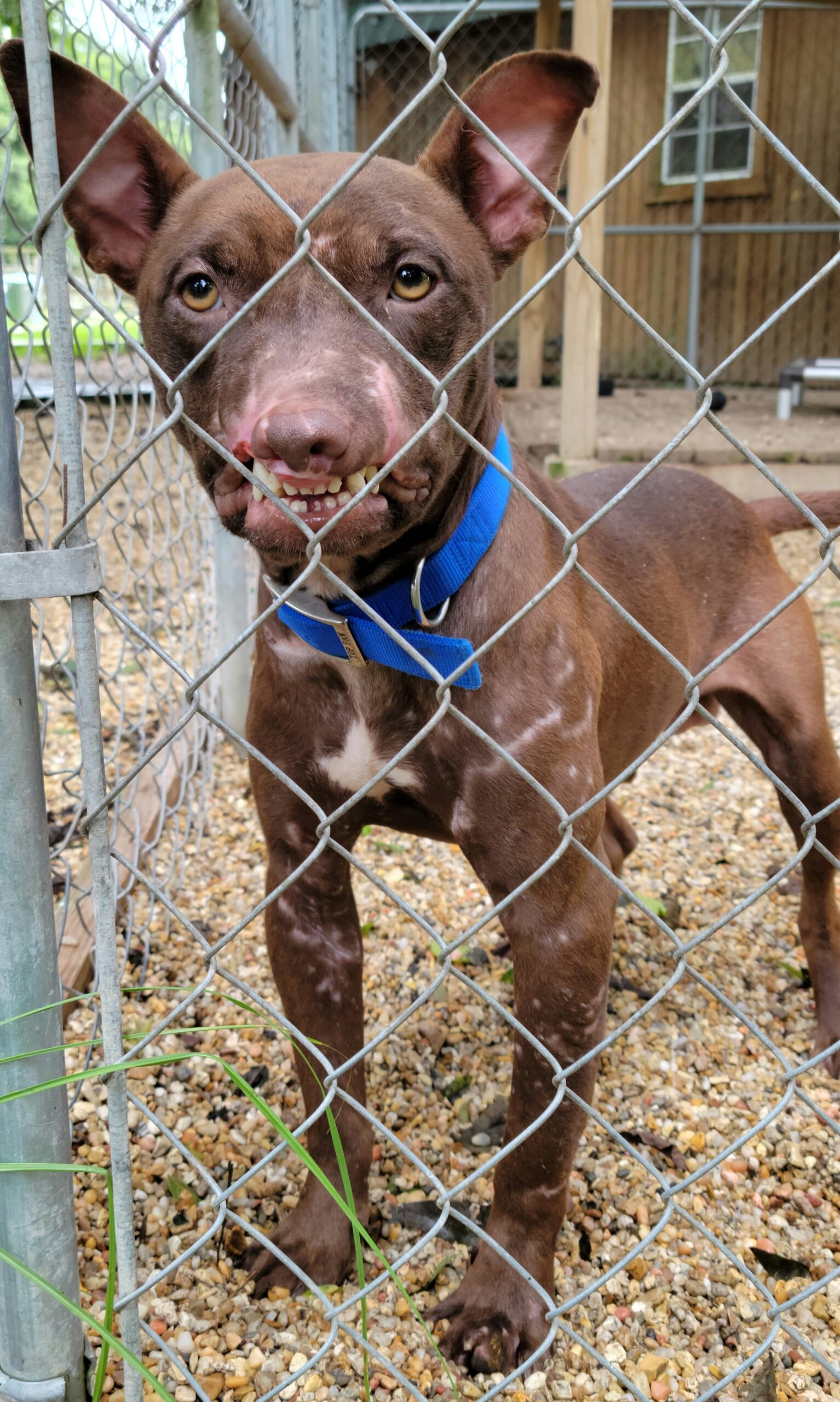 Yes, I know his appearance is shocking.  And this is probably why he was passed up at a local animal shelter up until the day of his scheduled euthanasia.  Thankfully a former VRC employee spotted this little angel and contacted us.

As obvious as it appears, the little compact dude was found as a stray by local animal control.  He had been torn to pieces by what appears to be other dogs.  Add to his horrific condition, it was also determined that he had been doused with some sort of chemical or boiling hot water as his body is also covered in burns/scars.

His muzzle/lips have been ripped off which leaves him with a permanent “smile” and while we think it’s endearing, at a glance, most think he is “snarling.”   If you only knew….he is a complete mush.

Now named “Kenai” (as in the movie Brother Bear), our little cub is the most wiggly, waggly and kissy face pooch you could ever meet.  We have no idea why or how he has forgiven any human whatsoever.  He is a much better “person” than anyone I’ve ever met.

Kenai aka Toofers, is going to be with us for awhile.  He has some medical treatment to go through and of course heartworm treatment as well.  As we get to know him better, it will help us determine what type of home would be best for him.  In the meantime, please consider being a part of Kenai’s healing process.  Together we can keep that smile on his face for all the right reasons.