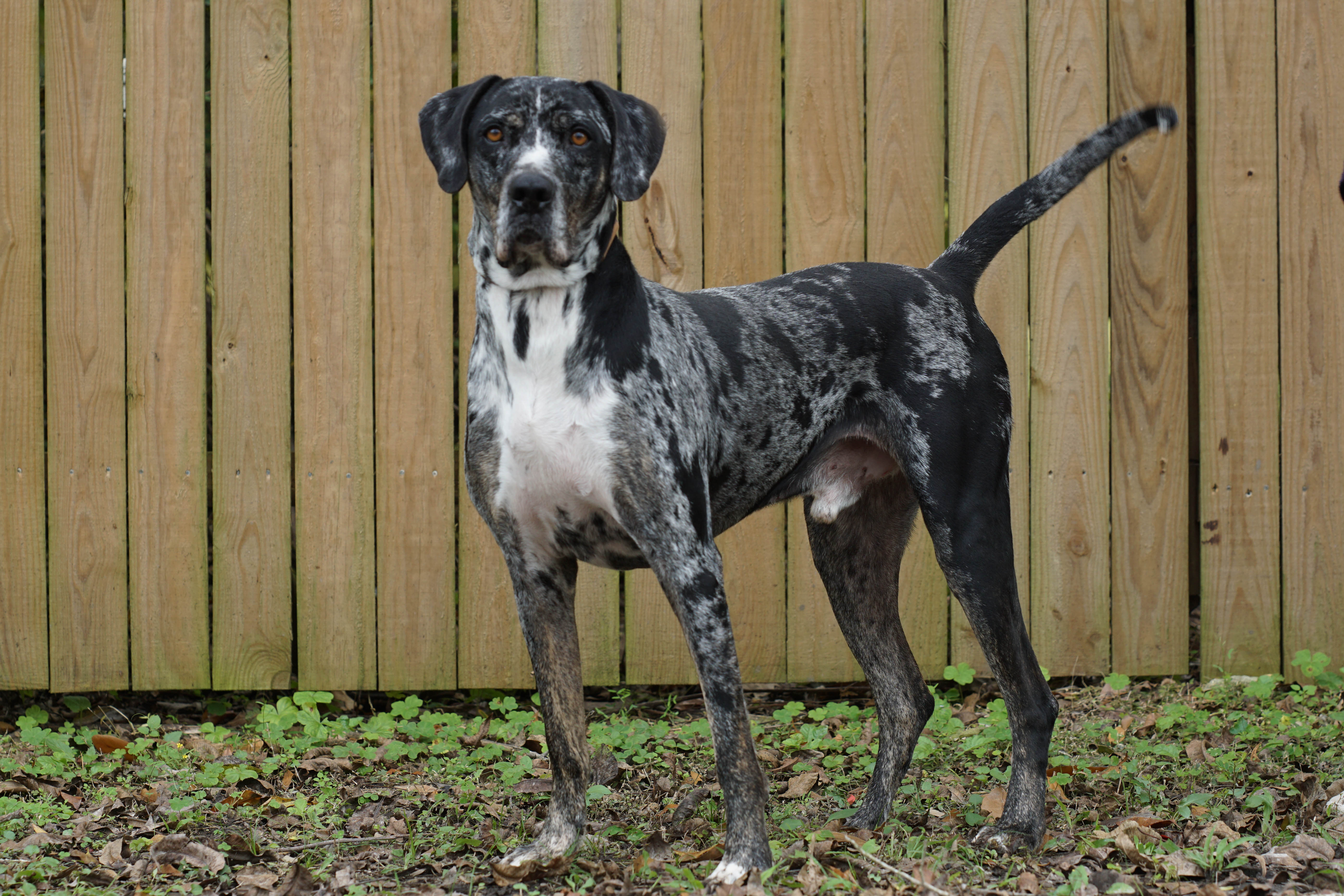 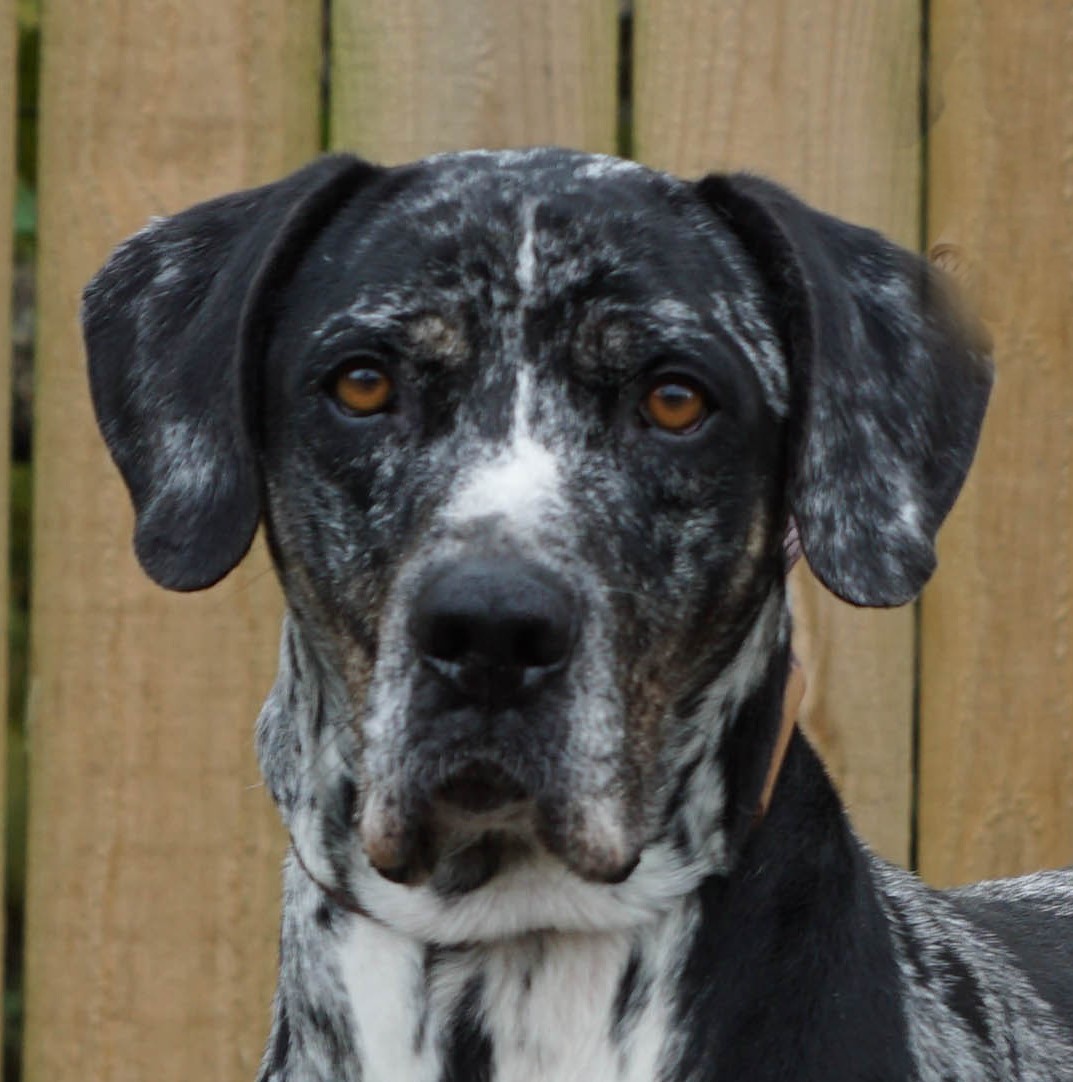 Yes, I know…doesn’t he take your breath away?  Huckleberry is a classic Catahoula Leopard Dog. With looks to die for, he also has a true to nature Catahoula temperament.  In other words, he is a lot of dog but in a good way!

As tough as this big guy looks, he’s actually a sissy dog (don’t tell him I told you).  He will wiggle up into your lap and try to squeeze into a little ball of a dog (he just doesn’t realize how big he is).  When he gets excited, he lets out a shriek like a Poodle (okay don’t tell him I told you that either) and he gets sooooo excited when he realizes that you are going to give him attention.

The only reason I say that he should have a somewhat experienced dog handler is because he is DESPERATE TO LEARN.  He is constantly looking up at me as if to ask “what next?  What do you want me to do?”  He is very quick when it comes to picking up on his commands and I think he would make an awesome agility dog or a dog to go running with.

“Huck” is perfect in the house, excellent in his crate and although he loves to flirt and play with my dogs Lucky and Jethro, they are polite players but I think of another dog got too pushy with him, I think Huck would “push back”.  So if you have another dog in the home, as long as they are sweet and polite, Huck might make a great buddy.

Another great trait with Huck is that he is an excellent watchdog. He is very aware of what’s going on around him and if a stranger approaches the yard, he lets out a big deep bark to let them know….”Halt!  Who are you?”  But once he’s told “it’s okay” he is sweet as can be.

Huckleberry is my dream dog.  If he doesn’t get adopted out soon….well….you know where he’ll be 🙂