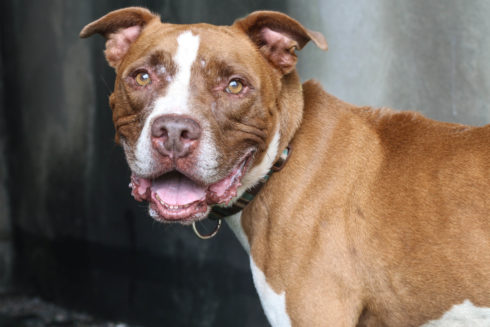 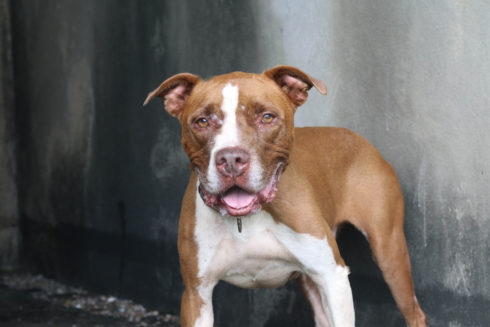 This sweet older man was found as a stray by one of our employees, and wow…talk about finding a diamond in the rough. We scanned him, and found he had a microchip. Of course we were excited, it meant there was a chance someone was missing him. Although, it did appear he had been a stray for a little while, as he had some scrapes and cuts and was a bit underweight. We tried making contact with the owner numerous times, and left messages, and we never heard back. After more digging, we have reason to believe his owner may have passed away. We may never know what really happened, but we do know he deserves to be in a home with a loving family.

He is so affectionate, and will crawl right into your lap. It didn’t take too long to get to know how wonderful he is, in fact, it took seconds to see how truly special he is. One of our employees took him for a stroll in the French Quarter and he did a fantastic job. He has the right amount of energy and enjoys going for walks, but is a laid back kinda guy, perfect for cuddling up and watching your favorite netflix series with!!