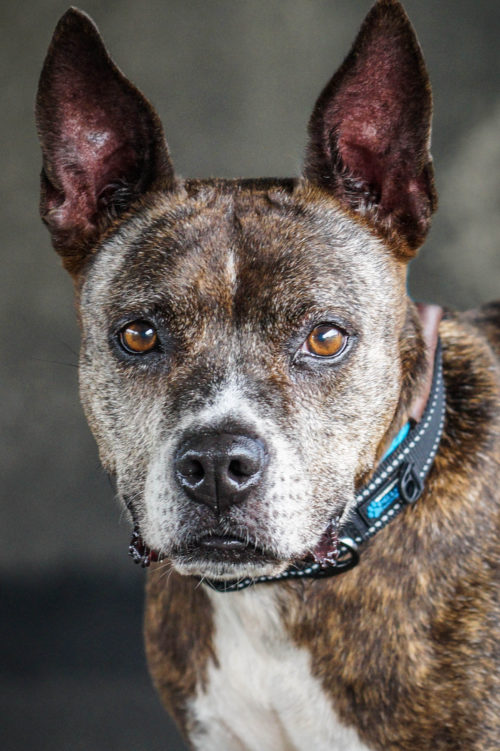 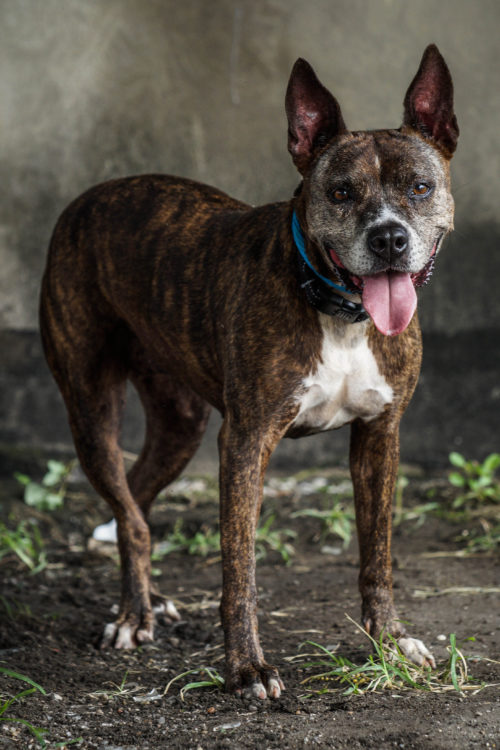 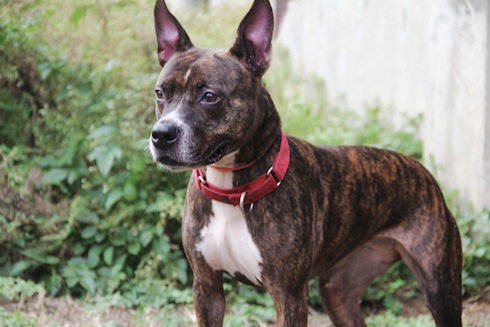 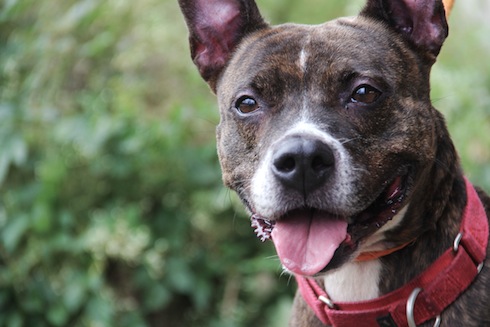 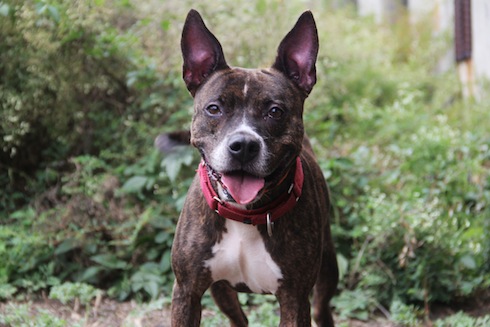 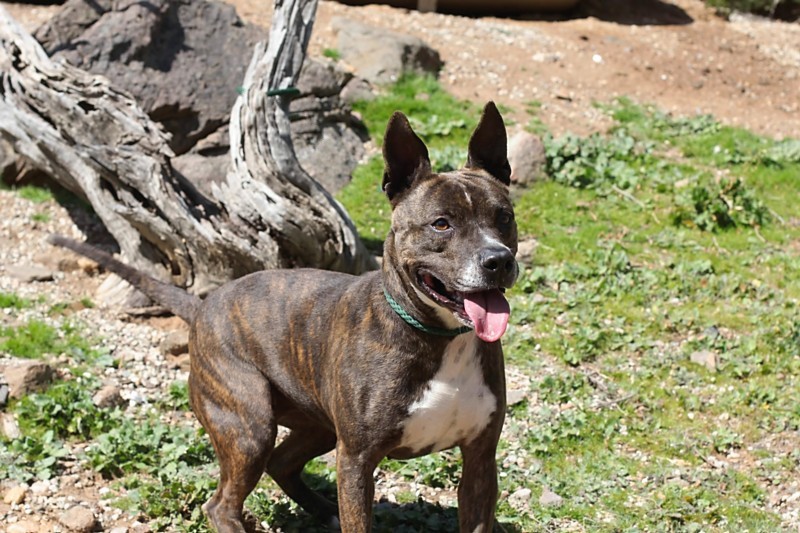 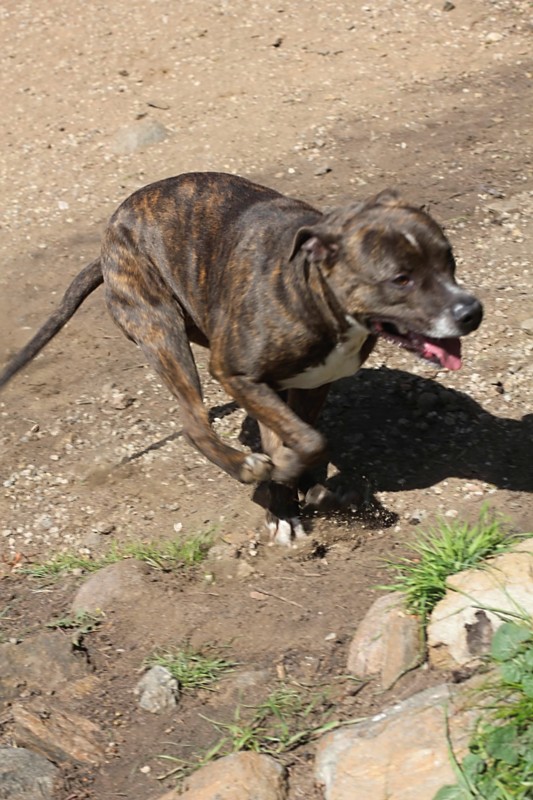 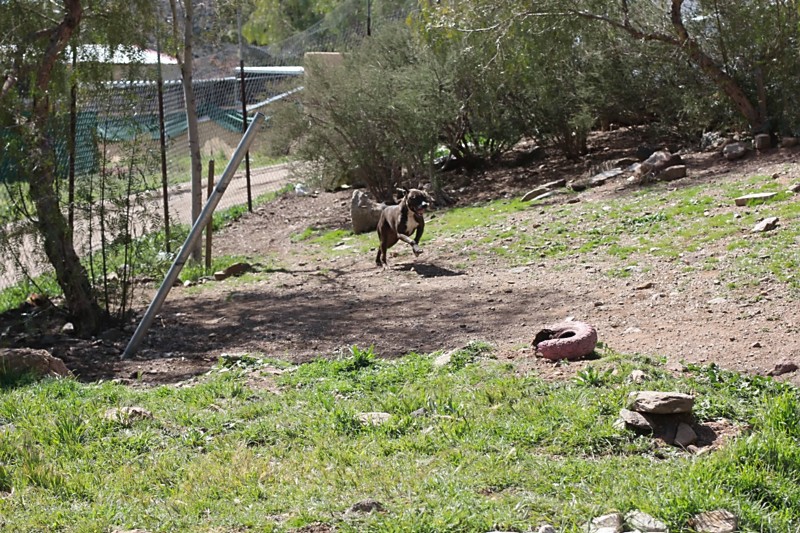 This little Texas tornado came to us after being wrongly accused of being involved in a dog fighting case.  As crazy as it sounds that’s what happened.  We were called by a frantic owner that her home had been raided by law enforcement.  They were accusing her of being a dog fighter because she owned multiple Pit Bulls.  Oh sure at first we didn’t believe it but when the owner sent us photos of all of her dogs cuddled together on the couch, we realized that this family needed our help.  So we offered to take one of her dogs to ease the stress and Coco came to California.

Though petite, this little spitfire has got some energy.  She LOVES to go for runs and nothing pleases her more than to wiggle into your lap as you try to hug her and then…she waggles out. She is silly and fun but she will need to be the only dog in the home.  Coco would make a fantastic family dog as she was raised with children.

Sadly, CoCo has never had an adoption application.  No one has shown any interest in her which makes her (unfortunately) a member of our “Lonely Barks Club”.  These are dogs who have been up for adoption for years and have yet to have anyone fill out an adoption application on them.  Despite no one showing any interest in CoCo, she remains optimistic and would be happy (for now) with someone sponsoring her, to make her feel wanted.  To sponsor CoCo, simply click on the sponsorship button on her profile.  As her sponsor, please feel free to share her story with family and friends.  Although we are so appreciative of ANY type of attention this Texan girl might get, a forever home of her own would be the ultimate.