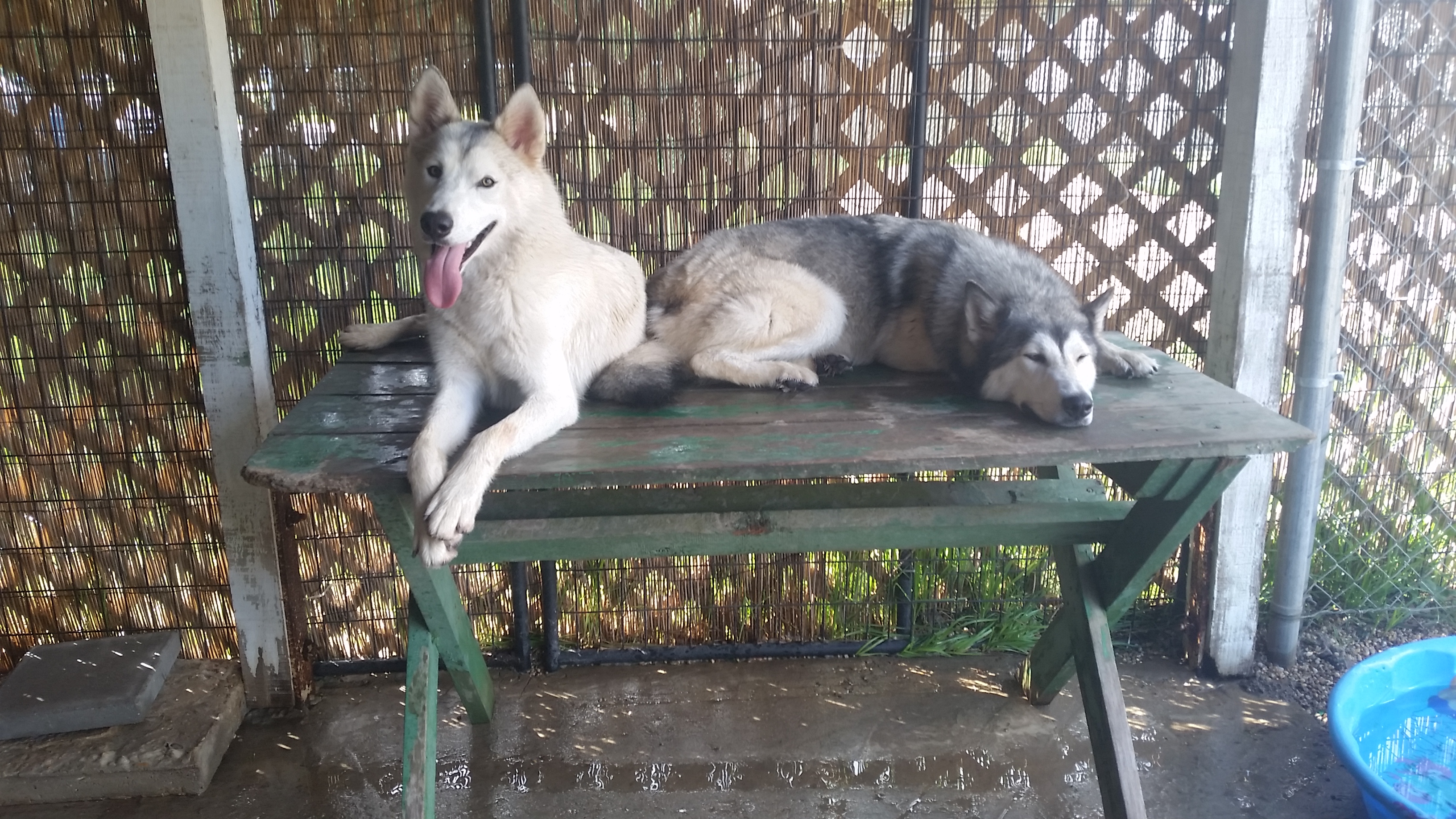 Named after my Godfather (Lon Chaney Jr/the original Wolfman), Chaney has always been the “baby” of the pack.  His endearing and sweet personality is so addicting.  Although we do not know anything about this background, we suspect that he may be one of Bruno’s offspring which would explain so much 🙂

He and Klaus are inseparable with Klaus always trying to drag Chaney into his mischief.  But Chaney would rather find a lap to lay in 🙂