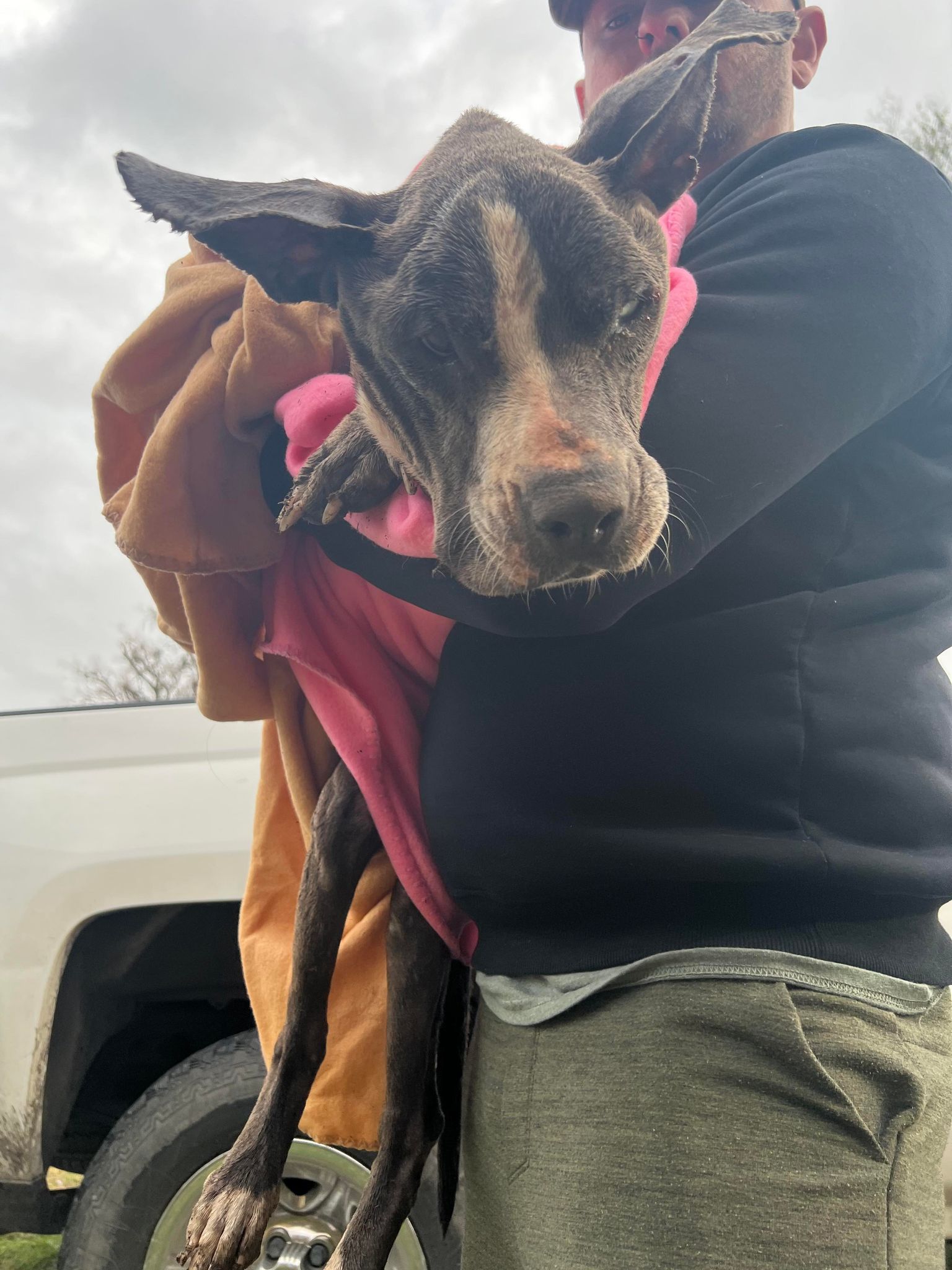 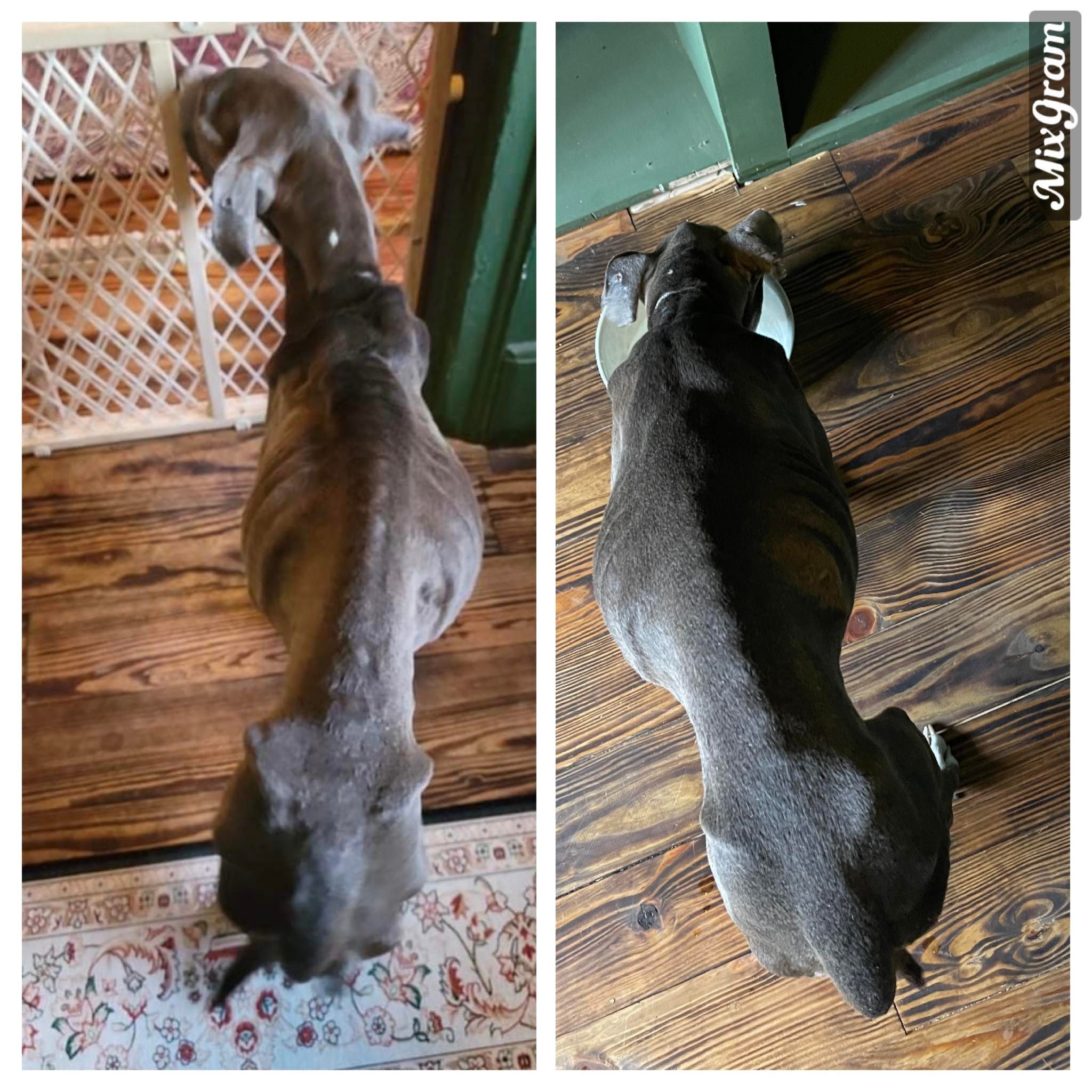 Her story is one of the cruelest we’ve ever had to tell. What started off as a complaint about some crying puppies in the rain, turned into the house of horrors.  While we waited outside the house for the Sheriff’s Dept to show up,  the children in the home were playing in the backyard, running around and throwing a ball like nothing was wrong.

Upon entry, the puppies were noticed immediately.  They were sitting in a little cage filled with rain water in the middle of the mud.  It was then that my daughter-in-law noticed what looked like a dead dog.  Asking the kids and the mother, how they didn’t notice a dead dog laying there, all claimed ignorance and the ole “I don’t know.”  It was then that my daughter-in-law and the deputy gasped in shock.

The little blue Pit Bull’s back leg barely moved.  It was as if she was trying one last attempt at reaching out for help.  One little wiggle of her leg and that told us that she was still alive….barely.

The deputy had us confiscate the dogs and the owners were charged with animal cruelty.  The mama dog and puppies were rushed to the vet and what we encountered there broke our hearts.  The puppies were in decent shape/weight.  With the exception of parasites and being underweight, it was their mama that had kept them alive, sacrificing her own well-being to do so.

Bisous is currently living with one of Tia’s family members as her road to recovery is going to be many many months. The “side by side” photo is from the day she came in and then a couple of weeks later. As you can see there is some progress in her weight gain, but it’s going to be a long and slow journey to recovery.  But she is determined to make it and one day find the comfort and love in a home of her very own.  Something that she’s never known until now with VRC.