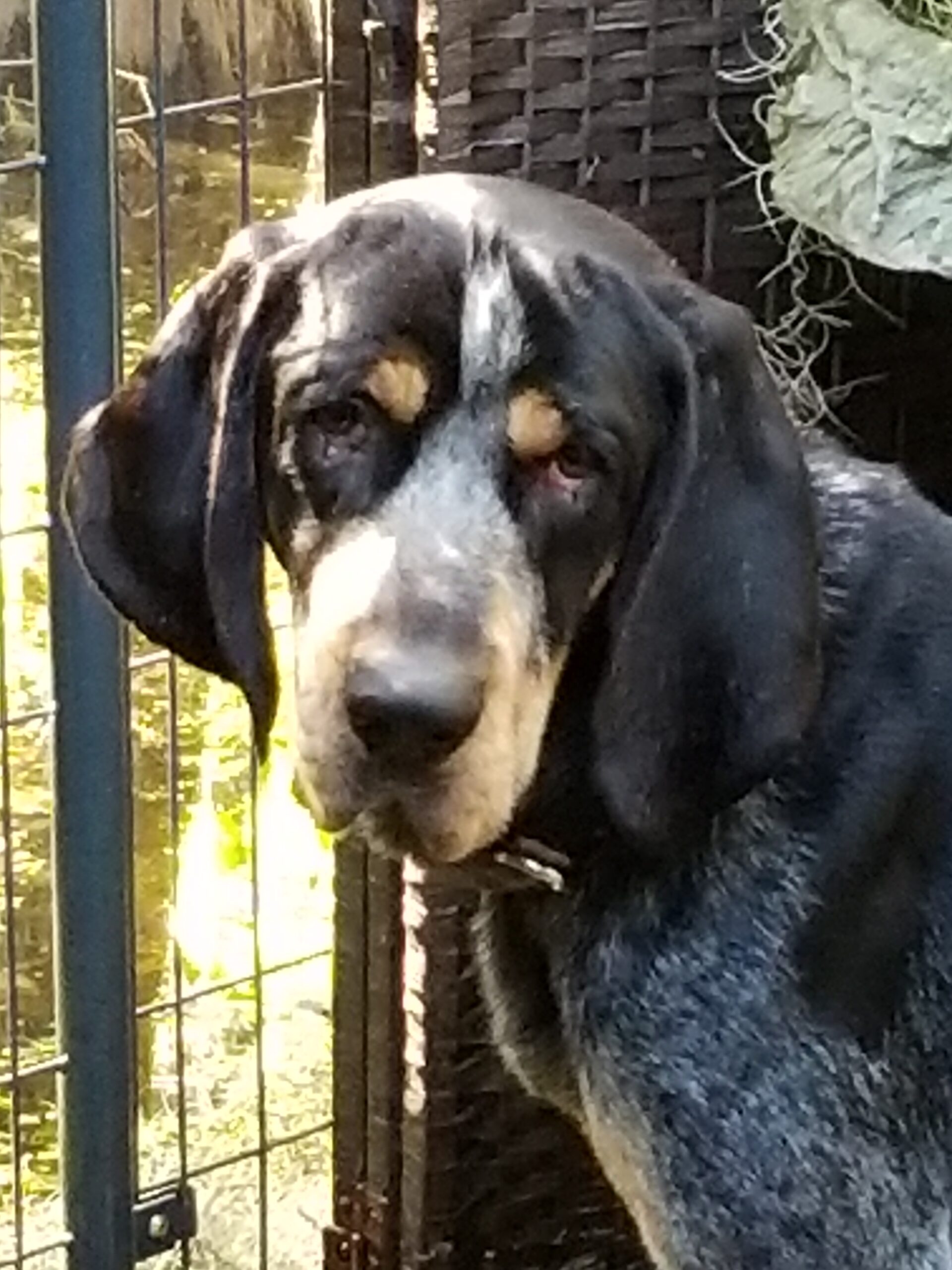 Barney is a Bluetick Coonhound who came to us right after Hurricane Florence. The storm destroyed the Carolinas back in 2018.  He along with 3 of his brothers were found swimming through the aftermath of the flooded area in South Carolina and were rescued by a local animal shelter.  One of the brothers got adopted out right away, while the other three remained in the shelter.  Barney, Biscuit, and Baxter sat there until we were alerted to them. We then made the drive and brought the “Bluez Brothers” back to Louisiana.

Right away we could see that they were filled with anxiety and chalked it up to PTSD from the storm.  So we took a chance and adopted out Barney into an amazing home, where he only lasted a matter of weeks before his anxious behavior took control.  Barney destroyed the adopter’s beautiful home and it was decided that it was best for Barney to come back to us.

It’s not like she needed another Bluetick Coonhound in her life but at this point, there is nowhere else for the Bluez Brothers to go where they are content.  More than likely, their behavior is due to poor genetics that even medication could not help.  Poor guys.

And for these reasons, they have been added to our sponsorship program.  If it’s Tia’s house they are happy living in, then she’s just going to have to “suck it up” hahahaha