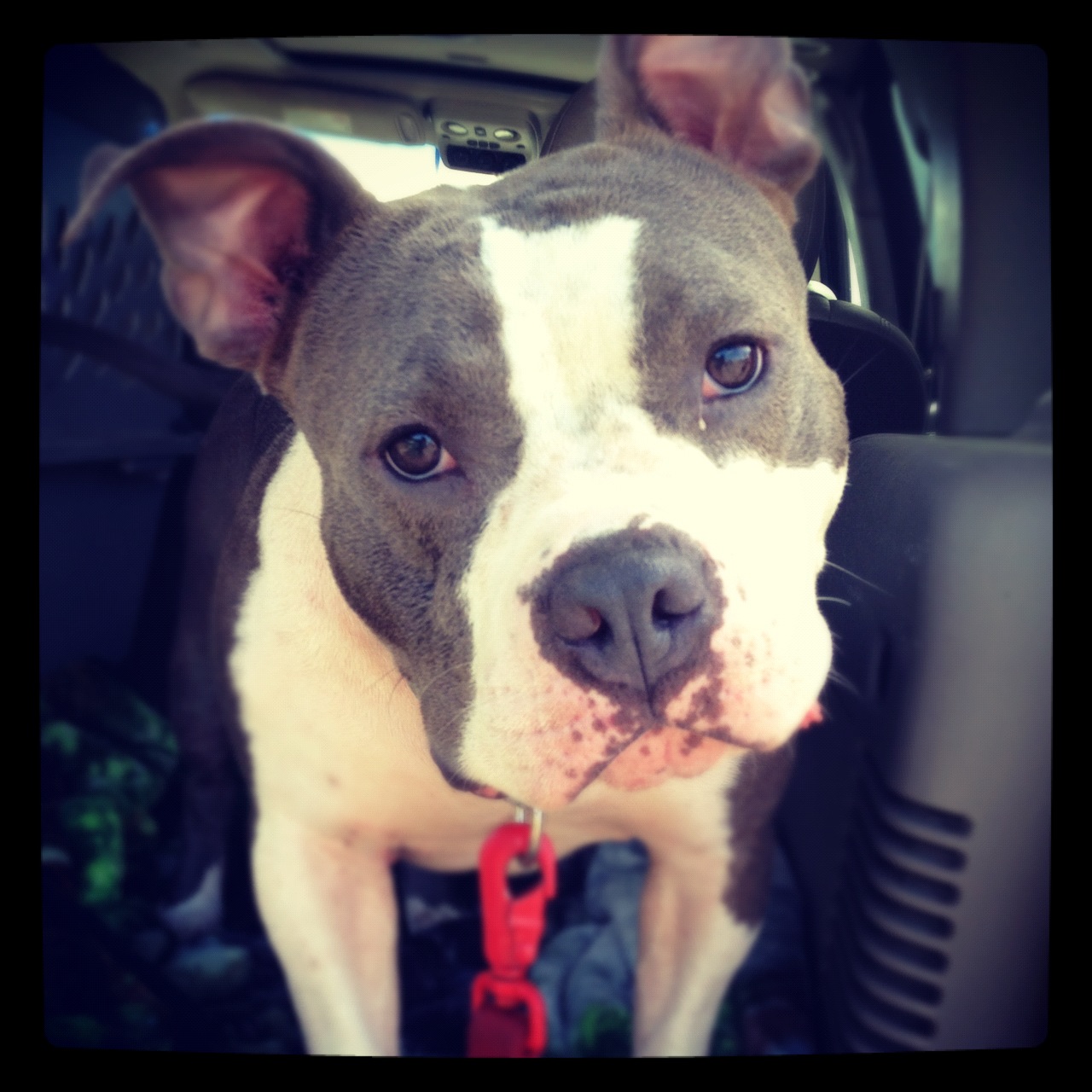 This tiny blue and white cutie was confiscated from a dog fighting case out of Long Island, New York.  She and several other dogs were a part of a long and ongoing investigation and made history when they became Hempstead, New York’s, first dog fighting case conviction. Despite this little “American Bully’s abusive past, she has forgotten and forgiven and moved on to become the silliest and most outgoing pooch you’ll ever meet.  For the record, an American Bully is somewhat a “mini Pit Bull” and usually are non-dog aggressive.  Adrianna is very energetic and will need a family who loves to have fun, go on outings and maybe even have a Bar-B-Q or two. But don’t let her Cindy Lauper antics scare you.  She is a versatile gal who can also curl up on the couch, floor, of course your pillow and just “chillax”.  Named after one of my favorite characters on “The Sopranos”, this chickie is just as cute and sassy as her namesake.  Bada Boom, Bada Bing!